Lately, it seems everything is on a fast track for Mark Ronson. “Uptown Funk,” which Ronson released in 2014, featured Bruno Mars on vocals and jetted to the top of the charts, where it stayed for 14 weeks, making it one of the biggest hits the Billboard Hot 100 has seen in a while!

In January 2015, his fourth studio album, Uptown Special, was released and followed suit, topping both the U.S. and U.K. album charts. So when the musician/songwriter/producer made a whirlwind trip to Tokyo, he gave a crowd of delighted fans what they came for: funk. 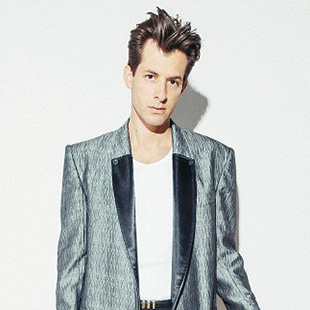 “Yeah, yeah, it was cool,” Ronson said of the experience. “There was a short time when I was a DJ [at 16], coming up and playing clubs in New York. I would love to come back to Tokyo with a proper band and do a show.”

But appearances can be deceiving, explained Ronson, who claims it took a while before “Uptown Funk” came to fruition.

“The song really came about when I started work for my fourth album. I had worked with Bruno on his last album. I co-produced ‘Locked Out of Heaven,’ ‘Gorilla,’ and some songs. So we went into the studio in Bruno’s place in L.A. one night—Bruno, me, and Jeff Bhasker, who writes with Bruno. We just started jamming. Bruno got on the drums, Jeff was playing synths, and I was playing bass. We got like the rough groove, but we didn’t have a bass line yet. But we got that, and then we wrote the first lyrics.”

It was just the beginning. “So that was it [the basic song] and we just kept working. We worked and worked … six, seven months.”

Looking back at Ronson’s origins, pressure seemed to be the least of his issues. While his first album release, Here Comes the Fuzz, didn’t create much buzz, both his second album, Version, and his third album, Record Collection, peaked at #2 on the U.K. charts. He also produced Grammy-winning albums for Amy Winehouse and Adele. His stepfather, Mick Jones, a co-founder of Foreigner, even sought out his music advice.

Thankfully, Ronson, Mars, and Bhasker sorted things out. They still had one issue though: they had to come up with a title for the song.

“I think what happened was, the song really started with us just playing our instruments—because that’s the music that we love. It’s the thing we most likely are going to start playing, you know? We love a lot of other music, too, but it kind of evolved into funk, and I think that by the time we got there—I don’t know when we called it “Uptown Funk”—but it certainly felt like … ‘Can we call this a funk song?’”

Ronson continued, “It was weird because, like ‘funk’ hasn’t really been like a cool word in songs since like Warren G and the P Funk era. But we were making a funk song, so we thought we should just call it what it is.”

Big success has a way of speeding up the timeline. It also widens the access circle, which Ronson said he wants to continue to expand.

“There are plenty of artists that I want to work with, that I haven’t worked with, that I love. That’s for sure. It’s so weird, but the way I have ended up meeting the people that I have worked with—and stuff is just so random and organic—that I’d rather just leave it to faith,” he concluded. Apparently, a little funk doesn’t hurt, either.