Balancing the cost of exploring the universe’s mysteries

This scene from Netflix’s Stranger Things ran through my head as I was sitting across from Dr. Hitoshi Murayama in his wide, conference-style office at the University of Tokyo’s Kashiwa campus. He had just used a very similar analogy, only he didn’t use the word “acrobat” and he had said “an ant” instead of “a flea.” Murayama’s face was also lit up with uncontainable excitement in a way Mr. Clarke’s (the Stranger Things science teacher) hadn’t been.

In addition to this grandiose title, Murayama is also the deputy director of the Linear Collider Collaboration (LCC), a group spearheading the effort to bring to Japan what would be the most advanced particle physics experiment ever built: the International Linear Collider (ILC). It was when talking about the ILC and what the ILC could discover that Murayama launched into his Stranger Things-esque analogy. 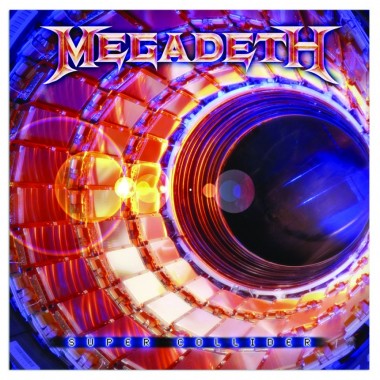 But to begin at the beginning: at this point, the words “Large Hadron Collider” (LHC) or “Higgs boson” have reached most of the public in one way or another (see Megadeth’s album Super Collider or the TV series The Flash). The LHC is a 27-km-long, massive circular particle accelerator on the border between France and Switzerland. And in 2012, LHC researchers made a groundbreaking discovery that propelled it into pop culture: the Higgs boson.

If you’re wondering why the Higgs boson is so special, or why its discovery was so remarkable, you’re definitely not alone. Most physicists would probably respond that it’s a crucial step towards confirming the Standard Model of Elementary Particles. But this is about as helpful as if your childhood friend asked you to explain why you moved to Japan, and you responded in Japanese.

Basically, for the past 40 years physicists proposed that there was an invisible, omnipresent, undetectable field, the “Higgs field,” running throughout our mostly vacuous universe. This ever-present field is why things have mass. The only way to “detect” this field and prove whether or not it actually exists is by detecting a Higgs boson, which is an excitation of the field. For decades this seemed like an impossible task. But on July 4, 2012—forty years and $10 billion later—the Higgs boson was found, and for the first time in human history we “touched” the Higgs field. 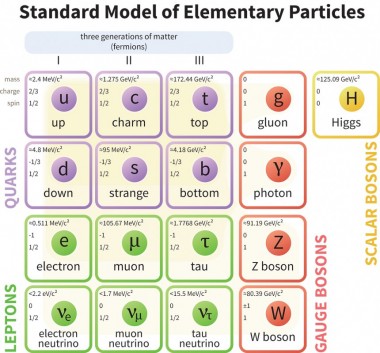 All elementary particles have “spin.” When a particle physicist uses the word “spin” this is similar to but not exactly the same thing as a ball of charge literally spinning on an axis—that would be the “classical” version of spin, whereas this is the “quantum” version. The Higgs boson, even though it is an elementary particle, doesn’t spin. And this finally brings us to Murayama’s analogy of the acrobat and the ant:

“The idea is that big things like us can see only three dimensions, but tiny things like elementary particles may actually see more dimensions. So, if that’s the case, the Higgs boson may actually be spinning, but in those extra dimensions, and we don’t see that. So maybe that’s why it looks like it’s not spinning.”

Those “extra dimensions” can’t be found with the LHC, as powerful as it is, but they might be found with the ILC. Talk of a 30-km linear collider that would be even more cutting-edge and powerful than the LHC began as far back as 2006, with the final design deemed complete in June 2013. At that point, the obvious question became: Where is this thing going to be built?

“In some ways, the linear collider was just hanging, and the Japanese community wanted to grab that opportunity,” says Murayama.

For the past 4 years, the LCC has been carefully planning, promoting and preparing for Japan to host this enormous experiment — specifically in the Iwate Prefecture in Tohoku, a mountainous coastal region below Hokkaido. Officially, the Japanese government hasn’t decided yet whether or not to approve the project, but you wouldn’t realize that by the looks of the LCC’s promotional campaigns. 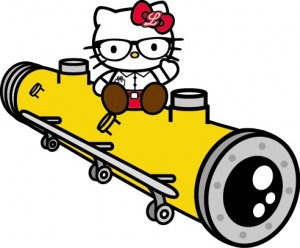 Meet particle physics’ oddest, cutest mascot: Science × Hello Kitty. This special scientist Hello Kitty is a big fan of particle accelerators and shows her fervent support for the ILC by wearing glasses, a lab coat and a special hair ribbon inscribed with a script “L,” which stands for a Lagrangian function.

A quick Twitter browse of the hashtag #国際リニアコライダー (International Linear Collider) will give you a good run-down of some of the LCC’s other promotional projects — manga, art exhibits, ILC-branded apples (the fruit of Iwate), and even a volume of sci-fi short stories that envision a future where the ILC has been built in Tohoku entitled ILC/Tohoku. Murayama reflects on this: “Public outreach is going well, but we could do more.” 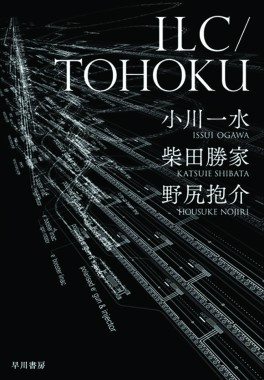 The LCC also organized a #mylinearcollider campaign back in 2014, where they asked people to submit short videos showing their support for the ILC coming to Japan. From their website, they implore the public to “join the team and give the ILC project a final push!…Together we can show the funding agencies that there is strong support for the ILC around the world.”

Over 600 videos were uploaded to YouTube with this hashtag. Some are less than ten seconds long, and few mention solving the riddle of why the Higgs boson doesn’t spin. So, beyond the science, why is the ILC project exciting for Japan?

“The ILC is the next opportunity to host a major, international project,” Murayama explains. “Japan has this aging population. We really need to bring in the best talents from around the world. Having an international, major project like this one would, by definition, bring in a lot of people from outside.”

Murayama and the LCC make a compelling case for hosting the ILC in Japan, but the fact is, there’s been a lot of hesitation from the Japanese government on this project. The Ministry of Education assembled a review committee that worked for over a year reviewing a long list of concerns (mostly financial) about the project. And yet a decision still hasn’t been made by the government. Some would say this is because many of these concerns still haven’t been resolved. 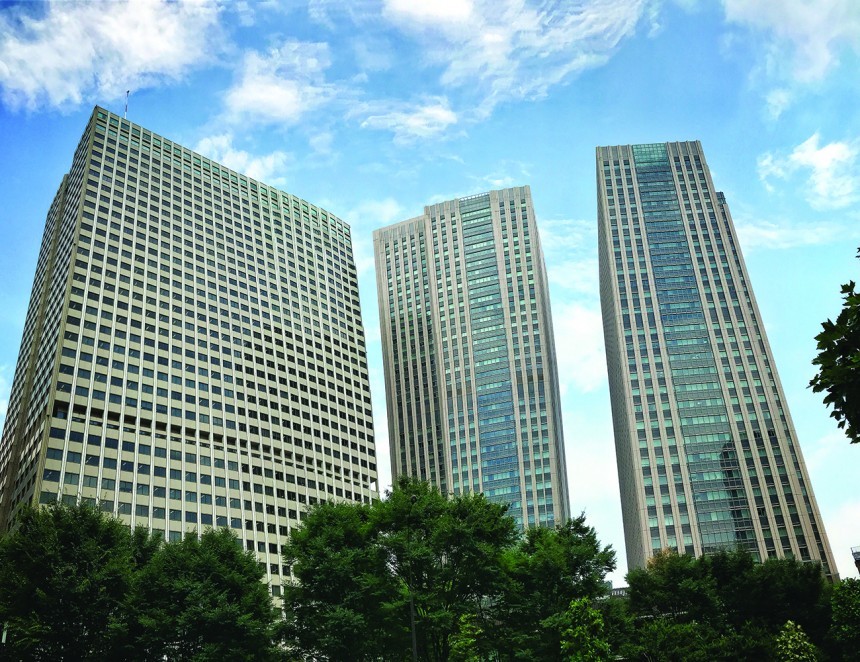 When asked about this, why the government is showing such severe hesitation, Murayama responds, “I think it’s, in some sense, a question of will.”

But is that the whole story?

Dr. Yasuhiro Iye was the chairman of that review committee that pored over the Japanese government’s many concerns for over a year and then waited an additional three years to hear the government’s response. Though now retired from research, at that time Iye was a physicist at the University of Tokyo, though in a different area of physics from Murayama.

When I enter his office at the Japan Society for the Promotion of Science (JSPS ) where he’s now the director, he’s subdued but not unfriendly. More than anything, he seems confused, even slightly exasperated, that I’m talking to him about the ILC project.

Iye’s take on this project could not be more different from Murayama’s. Though at first supplying a politely evasive response to the question, “Do you think the ILC will come to Japan?,” by the end of the interview he drops the veil and blurts out, “It will never happen.”

“There is a saying: ‘Victim of Success,’” Iye suggests, using the English phrase, though the rest of the interview was in Japanese.

To him, this project isn’t just a dream he dismisses as naïve and optimistic; it’s a nagging, uncomfortable sore point. He doesn’t smile when he describes the LCC’s claims as “wishful thinking.” He looks anxious, worried.

“[The ILC promoters] have advertised in a lot of places, especially to the public and to the government, but they haven’t discussed the project much with the scientific community,” Iye begins. “For us scientists in other fields, they haven’t addressed our concerns, and that’s because they can’t.”

Iye admits that it’s hard to provide answers when this is an experiment that’s never been done before, one that is still in the process of design and review. But his point is, since the project is still in the review stage, “it should not be broadcasted to the public… They should not be approaching the government already.” Several times he repeats:

“the risks associated with the project are too large.”

The initial estimate for just the machinery required to build the ILC (not including labor costs) is $8 billion over 10 years. Since it’s an international collaboration (like the LHC), Japan wouldn’t be responsible for all of that itself. But determining how much the international community will contribute is difficult, and no matter what it is, the cost to Japan will still be astronomical. 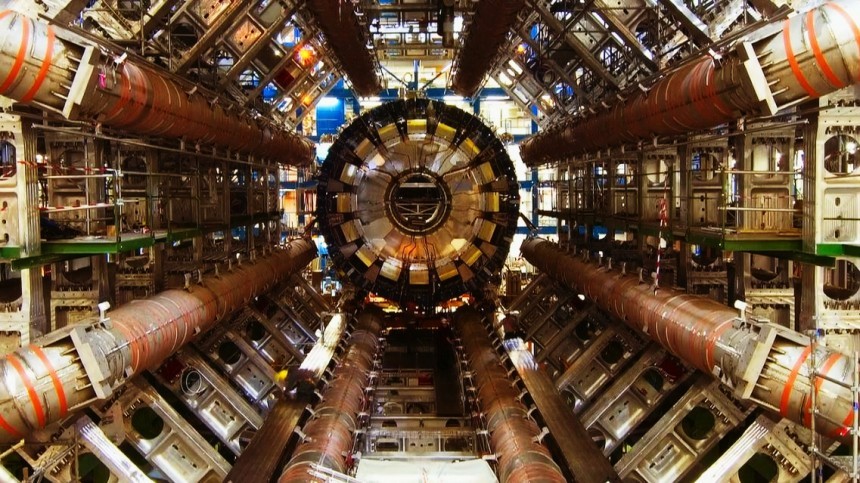 Inside the LHC, PC: flickr/Thomas Cizauskas

If the Japanese government ultimately decides not to approve the project, there is no immediate backup plan. To Murayama and the LCC, that scenario is heartbreaking. “It would be devastating,” Murayama says. “We’d need to come up with another way of studying [the Higgs boson] to give us a better understanding of what went on when the universe was only a trillionth of a second old.”

These “other ways” include expanding the LHC or using new technology that would allow the ILC to operate at a much lower cost. But according to recent estimates, the cost of expanding the LHC would be greater than the budget proposed for the ILC. And the new technology that would help the ILC become cheaper hasn’t been invented yet. “There is no good alternative right now,” Murayama finishes.

Interestingly, Iye doesn’t seem to deny this. He mentions China a few times, as does Murayama, but the project that China is discussing — the Circular Electron Positron Collider (CEPC), a circular collider that is like a bigger version of the LHC — is similarly mired in debate at the moment. In September 2016, the Nobel laureate Chen Ning Yang came out vehemently against China pursuing this project at the present time, saying that the astronomical cost would be better spent on social issues. At the moment, the future of the CEPC project is just as uncertain.

Iye admits that the ILC could have great consequences for the future of physics, but his point is this: should Japan sacrifice itself for the progress of humanity? Murayama and the ILC promoters cite economic recovery, the promotion of Japanese research, and an influx of great talent among the perks that the ILC would bring to Japan. But according to Iye, the economic benefits are basically zero and the “influx of talent” is highly exaggerated, since a lot of the research associated with the project could be done remotely, in the researchers’ home countries.

If, then, the ILC is a “sacrifice” for the future of science, should Japan be the one to make it?

“I think the Japanese, in general, are more supportive of basic science, without a sort of immediate pay-off, compared to people in the US,” Murayama muses. “There seems to be more appreciation of something profound and deep in Japanese culture.”

Which brings us to the question: if Japan isn’t willing to take this next, supremely expensive step towards the future of physics, is anyone? If there is an “upside-down” world (to borrow a Stranger Things-ism again) that only the ant can see, will we ever discover it?

The Japanese government is expected to make their final decision in the next year, with a lot riding on both sides. And whether they’re choosing between the future of science and the future of Japan, or if the two are one and the same, it won’t be an easy call to make. 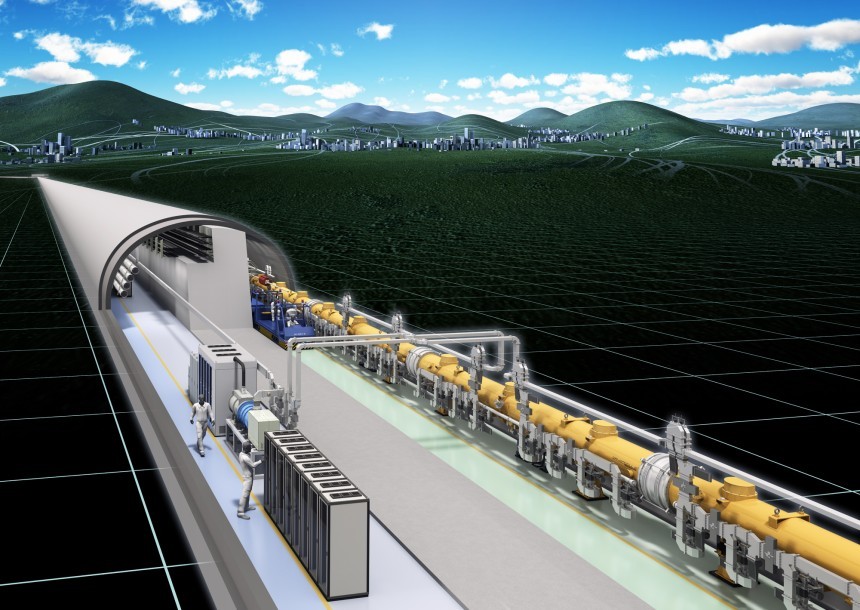