Pulling the curtain back on the making of our featured image

Are you hungry for a burger? We are… and we like to have ours in style. So with the help of Alexandre Kernbaum (makeup) and Kenji Suzuki (hair), Michelle Yumiko Payne and the Metropolis crew headed over to The Oak Door at the Grand Hyatt Tokyo to shoot the cover of our April 3 issue. Watch the video above for a behind-the-scenes look.

This cover of Metropolis features the beautiful Michelle Yumiko Payne, an Australian-Japanese T.V. personality, model, and singer from Melbourne. Having spent her childhood in Japan and Hawaii, Michelle then lived in Australia. In 2011, she returned to Japan to pursue a career as a musician. Currently, Michelle is based in Tokyo, but work frequently takes her across the globe, to such places as L.A. and New York. Her wild, bubbly personality and deep, soulful voice instantly charm those around her, and is currently attracting attention from various genres of entertainment. Michelle recently voiced a character in the popular anime series Gundam Reconguista in G, and has served as a reporter on NHK World’s Great Gear as well as being featured as a singer on Robbie Williams’s album.

You can catch Yukimo’s music on SoundCloud. 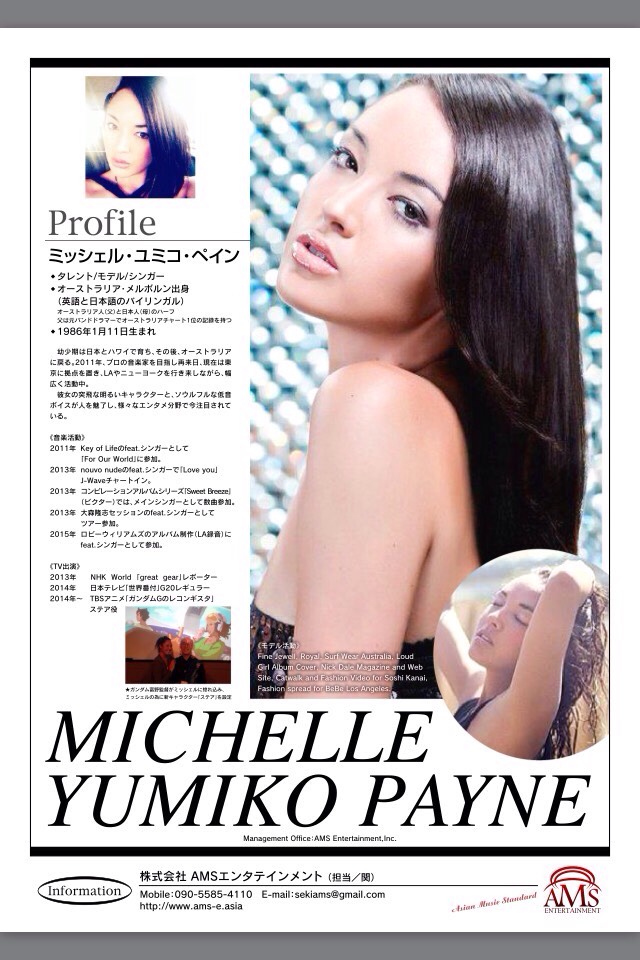