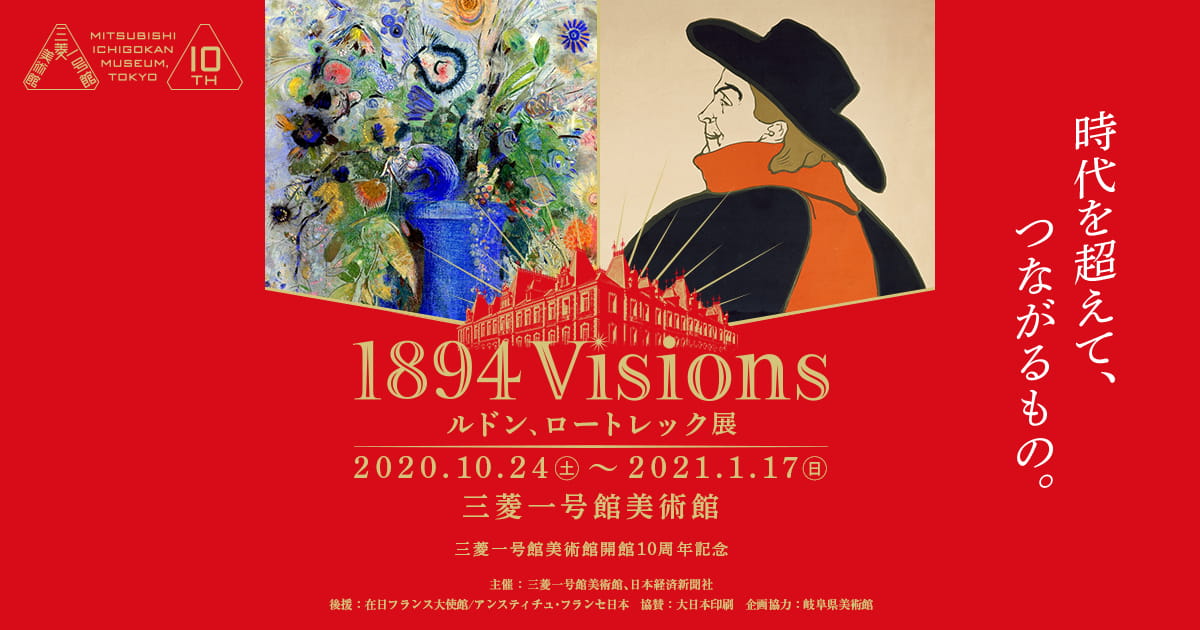 The Mitsubishi Ichigokan Museum, Tokyo (MIMT) is celebrating its tenth anniversary with an exhibition focusing on the year 1894 with its “1894 Visions: Odilon Redon and Henri de Toulouse-Lautrec” exhibition. 1894 marks the year the Mitsubishi Ichigokan Museum was completed, the year when Redon released his first color works as well as the year of the publication of the print portfolio “L’Estampe originale”, produced in collaboration with Toulouse-Lautrec and Paul Gauguin. Meanwhile Yamamoto Hosui, who studied under the same teacher as Redon in France, was also gaining prominence in Japan in the same period. Thus, the exhibition combines notable works of European art and Japanese Western-style artists alike.