A the ONE × Soda Bubble

A the ONE × Soda Bubble 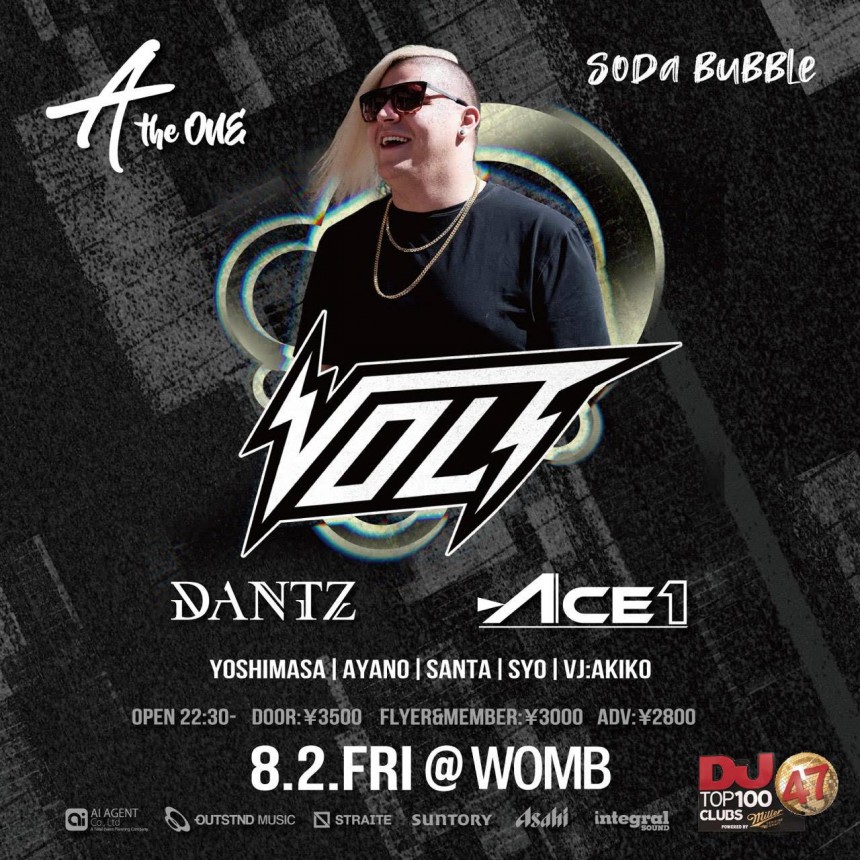 VOLT is a rare bass music DJ based in Los Angeles. With positive hailing from the reputable Bassrush, EDM.com and other well known publications, this international bass maven solidifies has already begun to make his mark on the American Dubstep scene. He has toured with the 12th Planet Australia tour and SLUSHII There x 2, and are supported by SKRILLEX, DOGBLOOD, A-TRAK, 12TH PLANET, SLUSHII, LOUDPVCK, KAYZO, RL GRIME, SIKDOPE, DUBLOADZ, HYDRAULIX, etc.
ACE1, international DJ/Producer who has performed at ULTRA Europe 2019 and other big festivals such as EDC Japan and Amsterdam Dance Event, will perform as resident DJ of AtheONE.
He came out top in SPINNIN’Records TalentPool. Their newly released “Party All Night” was acclaimed by big artists such as UMMET OZCAN and came 2nd in Beatport’s chart.
This will be his first gig after returning from his Asia & Europe Tour.
And a familiar face in WOMB and resident of Soda Bubble, DJ DANTZ will also be performing. Keep an eye on their new crossover style of “low beat” to “4 on the floor”, a fusion of TRAP, HIP HOP, HOUSE with a BASS MUSIC base.
There will be many other DJ&LIVE artists as well!
Music: BASS MUSIC, EDM