AC-bu is a creative team originally formed in 1999 by students at Tama Art University. Today, as a unit they garner widespread attention for their prolific production of exciting and finely worked visuals featured mainly in television programming, commercials and music videos.

The thematic inspiration behind AC-bu’s creative activities is their pursuit of “iwakan,” a word denoting a sense of disjointedness, a feeling that something is askew from what one might normally expect. The formative experience behind this chosen theme traces back to the sessions held during their student years to critique their sketches. While most of their fellow students produced works demonstrating great technical proficiency, AC-bu’s sketches were intentionally crafted without attention to artistic skill – eliciting enthusiastic encomiums from their peers.

And so AC-bu proceeded to create works of optimal iwakan within the circumstances or framework presented to them, aiming for their works to be entertaining to their viewers. Eventually, this became their defining style and appeal, for which they enjoy robust support from their fans.

Initially AC-bu’s core fan base was other creative artists and members working in the realm of films. Then in 2016, they became well-known among the general public for their promotional video, made for the Tokyo Metropolitan Government Election Administration, about the newly lowered voting age (18). This was followed in 2018 by their “BBNM” segment of the TV anime “Pop Team Epic,” which was enthusiastically received especially by social media users.

Most recently, AC-bu has expanded its portfolio of activities further with the production of contemporary art works and music videos created in collaboration with the globally famous New York-based experimental rock band Battles.

The upcoming exhibition at Creation Gallery G8 will focus on new works created by AC-bu on their underlying theme of “iwakan.” Visitors are sure to enjoy seeing what approach AC-bu, now in its 23rd year, has newly taken toward the theme it has pursued throughout its career. What experiments with iwakan have they undertaken this time? 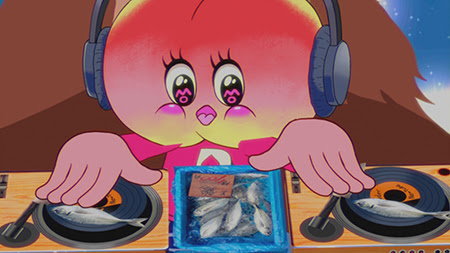