On January 30, 2022, ageHa, which ended its activities at Studio Coast with its legendary final party, will start a club event series. The ‘Festival Project’, which will start this autumn, is a project that evolves the parties held at ageHa in a way that meets trends and needs, and holds parties as ageHa’s own festivals. The restart location is Odaiba, Tokyo. For the first time in 2022, we will feature the legendary party ‘agefarre’. It will be held as an outdoor festival entitled ‘ageHa THE FESTIVAL VOL.01 agefarre 2022 -Open Air-‘. Starting with this project, ageHa’s party series will continue to be held one after another, so be sure to check it out. The lineup will be announced at a later date. 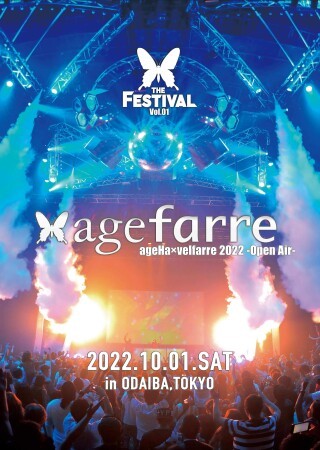