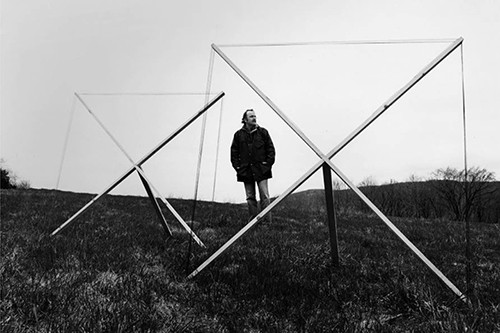 Alvin Lucier & Ever Present Orchestra come back with DAY 2 of their concert celebrating Lucier’s record and book release “Illuminated by the Moon,” with guitarist Oren Ambarchi. The Ever Present Orchestra is dedicated to the presentation of the exceptional work of Alvin Lucier. The orchestra attempts to make Lucier’s beating-pattern-focused instrumental music approachable to a wide audience with its uncommon instrumentation of four electric guitars, three saxophones, four violins and piano. Along with classical musicians, the presence of prominent Lucier interpreters such as Stephen O’Malley and Oren Ambarchi, allows for the ensemble to appeal to a wider audience than the conventional contemporary music scene.

Held in October of 2016, a festival at the Zurich Academy of the Arts (ZHdK) celebrated Alvin Lucier’s 85th birthday. ZHdK’s festivities covered one week of concerts, installations, workshops, and symposiums spanning the disciplines of composition, music theory, musicology, sound studies, aesthetics, critical theory, and art history. This evening sees the publication of documents from the festival combined in a box set that includes four LPs (12“/ 180 gram), a CD, as well as a discursive publication of essays, interviews, articles and archival photos edited by Bernhard Rietbrock. Alvin Lucier will conduct a signing session of the box set after the concert.