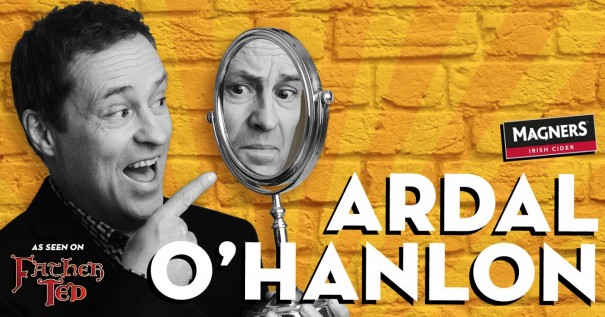 The Merry Lion is proud to present another uproarious night of comedy at Good Heavens British Bar, Tokyo. On January 23 2020, prepare for a once in a lifetime show with multi-award-winning comedian, actor, and writer Ardal O’Hanlon. Besides his prolific TV and standup career, O’Hanlon was also nominated for the prestigious Olivier Award for his 2014 role in the West End/Donmar production of “The Weir” as well as “See You Next Tuesday” and “God of Carnage.”

His bestselling debut novel, The Talk of the Town was featured in the influential tome, 1001 Books to Read Before You Die. Since early 2019, O’Hanlon has been touring his show “The Showing off Must Go On” in the UK and Ireland, and due to popular demand has extended the tour into 2020.

About the Merry Lion:
A Singapore-based comedy club and promoter that partners with Magners International Comedy Festival, bringing world-class comedians to the heart of Asia. Find out more at www.themerrylion.com