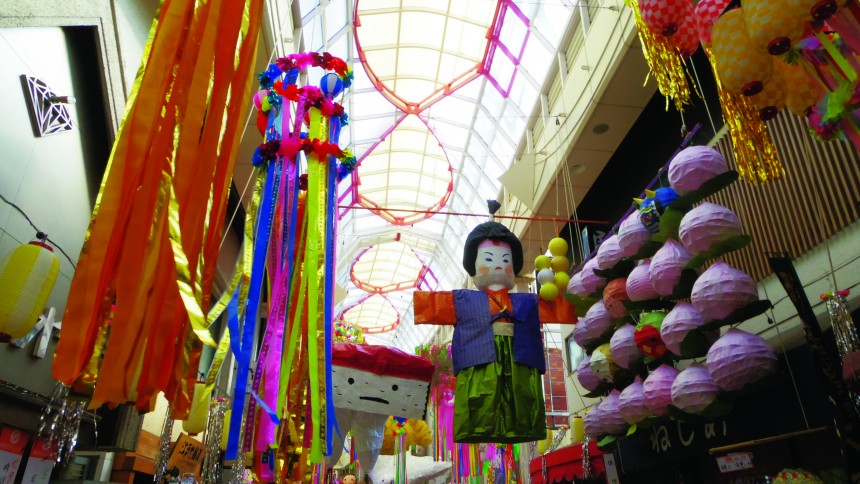 August marks one of Suginami-ku’s most beloved celebrations, the Asagaya Tanabata Festival. While Tanabata, a festival celebrating the meeting of the star-crossed lovers Orihime and Hikoboshi, is usually celebrated in July, since its inception in 1954 the 700-meter shopping arcade of Asagaya has been holding it in August. In recent years, the papier-mâché figures towering over the food stalls have had a face lift, with Godzilla and characters from Disney’s Frozen among their number. Expect large crowds so time your visit to avoid the crush.