Exhibition Summary
Influenced by surrealism and abstract art, avant-garde photography is a trend of photography that was elevated to prominence by amateur groups throughout Japan from the 1930s to the 40s. Because this activity period was very brief, details of activities during the period have not been investigated thoroughly. However, in recent years, various museums in regions across Japan are making progress in their studies of these activities.

Until this period, painting held a strong influence over photography. Despite this, avant-garde photography was not only created by painters but was also created by poets, designers, and others, which expanded the range of its works. In particular, in 1937, many photographers gravitated toward new forms of expression after being inspired by “Surrealism in Western Countries ,” an exhibition organized by Shuzo Takiguchi and Chiruu Yamanaka in Tokyo (it later moved to Kyoto, Osaka, Nagoya, and Fukui). Takiguchi contributed the first full-fledged photography philosophy, “Photography and Surrealism,” to Photo Times in 1938 and played an important role in spreading awareness of the concept of surrealism to all of Japan’s photography scene.

However, avant-garde expressions became regulated as the wartime regime strengthened, and in 1939, many avant-garde photography groups had to change their names to cope with the situation at that time. Takiguchi was arrested in 1941, photo magazines were merged, and many photosensitive materials became difficult to import. Activities that had taken place in various locations were driven to converge.

This exhibition illustrates how avant-garde photography was associated with postwar subjectivism and the surrealism movement while also considering its relationship with avant-garde paintings that were fashionable in the same period. 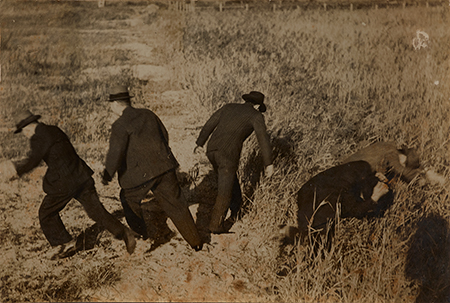