Basho: The Unchanging and the Ever-changing

Basho: The Unchanging and the Ever-changing 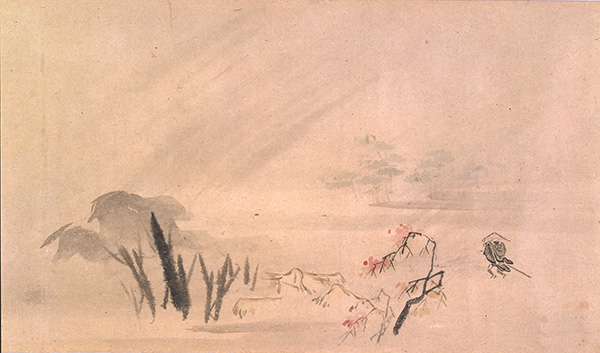 Kakimori Bunko (Itami City, Hyogo Prefecture) was founded in 1982 with a view to store and preserve the collection of haiku poetry amassed by Okada Rihei (1892-1982), the 22nd head of the Okada family. The Okadas have been engaged in sake brewery for generations, and the successive heads of the family used pseudonyms containing the character “柿 kaki (persimmon)” after the great old persimmon tree in their garden.

“Kakimori” is the pseudonym of Rihei, which means “the guardian of persimmon tree” in Japanese. Besides running his family business, Rihei served in important positions as the mayor of Itami Town (later Itami City). After he became acquainted with the haiku poems by the local poet, Ueshima Onitsura, Rihei was deeply involved in studying poetry and expanded his interest in the works by Matsuo Basho and other haiku poets. His rich collection of the original works and documents is regarded as one of the three major collections of haiku poetry in Japan.

This exhibition explores Basho’s theory of “fueki ryuko (the Unchanging and the Ever-changing)” by presenting Basho’s best works from the collection. Important works of Onitsura are also on display indicating how the poet contributed to the transition from renga to haiku.