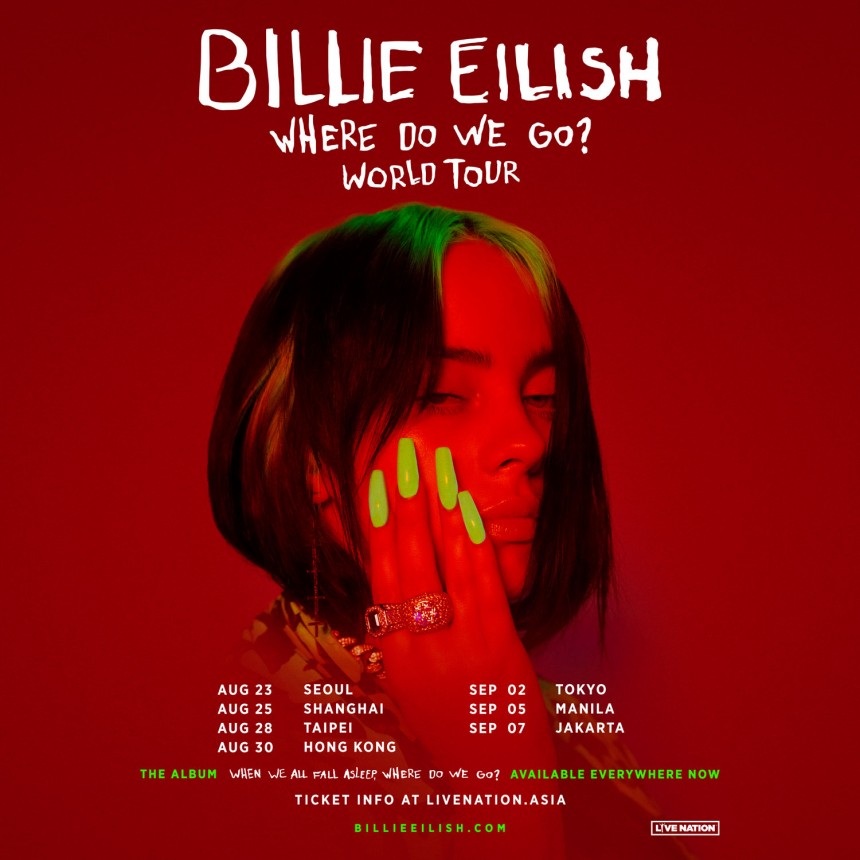 Not a word needed to explain the success of American teenage singer Billie Eilish. After releasing her debut album When we all asleep, where do we go? in 2019 March, Billie has performed all over the world including UK’s Reading Festival and many more major festivals. Her very first Asia tour has been announced, which includes her comeback performance in Japan at Yokohama Arena this September.