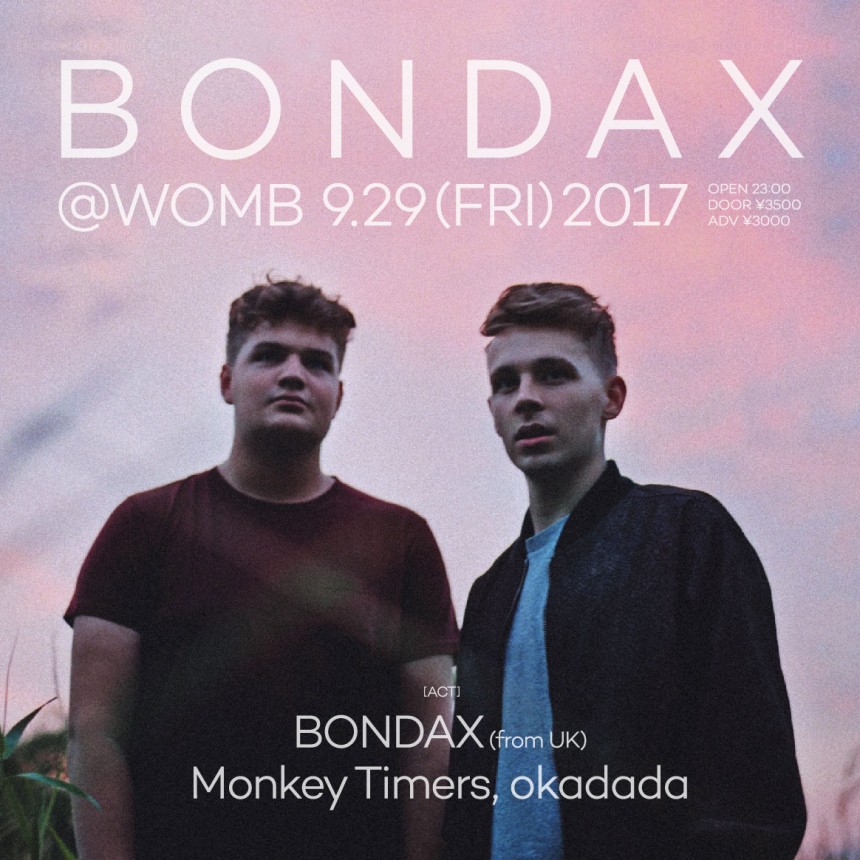 Called the long-awaited sensation of UK House, Bondax, which is going wild on the dance floor as the frontmost pioneer of post-Disclosure, is a duo active mainly in Lancaster in northwest England, consisting of Adam Kaye, a musician who also mainly manages the melody line, and George Townsend, who pours inspiration from the floor into the sound.
With Adam having received inspiration from LCD SOUNDSYSTEM and being greatly influenced by DFA, the two of them, who were said to have become hooked on electronic music due to dubstep, were, indeed, 17 years of age when they released their debut piece, “You’re So.” All of their works that had been released since then have been in heavy rotation through BBC Radio 1 legends, Annie Mac, Mary Anne Hobbs and Nick Grimshaw. Their electronic pop sounds, which are suggestive of the brightness of the sun and catchy in every respect, are at last attempting to arrive at the domain of moving the world.
Their sounds have been remixed by themselves, as well as Moon Boots, Darius and FKJ, key players in future garage and tropical house. By the time they were 21 years of age, their followers on Soundcloud had surpassed five million, and it is no exaggeration to say that they are creating the mode of today’s club sound. Their own label, justus recordings, is also doing well, and it is a hot act buzzing with stories right before their major album release.
MUSIC: HOUSE, TECHNO
LINE UP: Bondax, MONKEY TIMERS, okadada