BONOBO’s club event OUTLIER has finally landed in Japan at Tokyo and Osaka with JON HOPKINS
Attracting many fans worldwide with sets ranging from dance music to indie rock, this is one not to miss.

BONOBO was a Grammy Award-nominee for his album Migration, and his popularity has only continued to grow to amazing heights. His sounds appeal across all genres and borders, curating DJ events featuring cutting edge artists at events in London, New York, San Francisco and Berlin. Now OUTLIER, an event that has been held around the world, will finally come to Japan. The Osaka performance will be on April 17 (Fri) at SUNHALL, and the Tokyo performance on will be April 18 (Sat) at MIDNIGHT EAST (O-EAST X Higashiyama).
The event comes one year after his sold-out Ebisu Liquid Room performance. It’s a rare chance to see world-leading DJs playing in one place in Japan. Look out for more details to be announced. 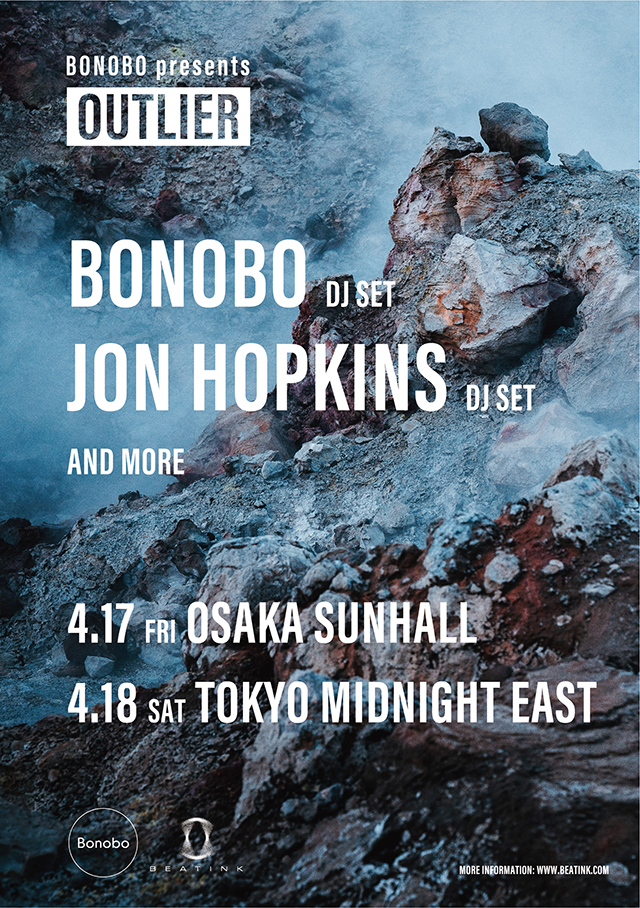