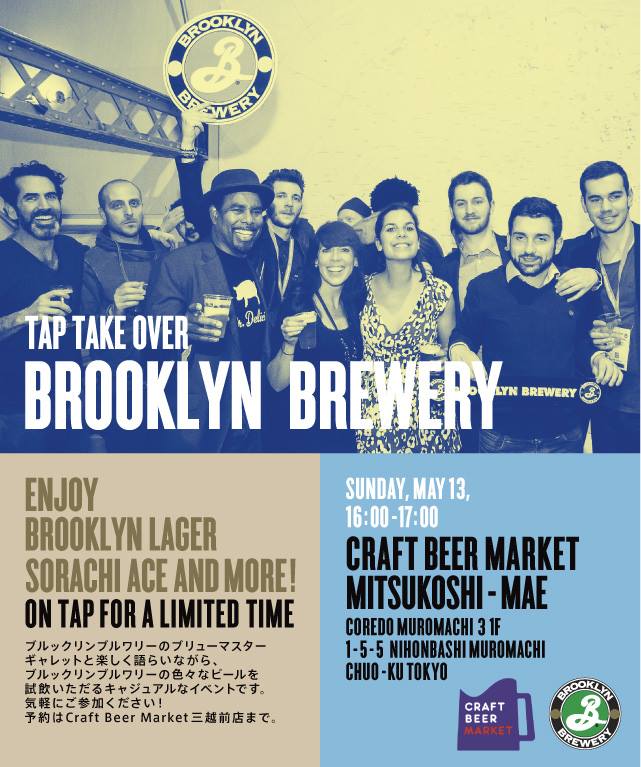 Grab a taste of each and hear the stories behind each beer as you groove to Brooklyn jams over the speakers. They’ve snuck over a few bottles of barrel-aged rarities that they’ll be sharing throughout the afternoon for surprise pours. Be on the lookout for the Brooklyn crew for a rare taste along with giveaways of Brooklyn merch.

Tickets are ¥2000 and include a taste of each beer along with food and Brooklyn gear. Spots will go fast, so reserve yours at Craft Beer Market or by calling the bar at 03-6262-3145.