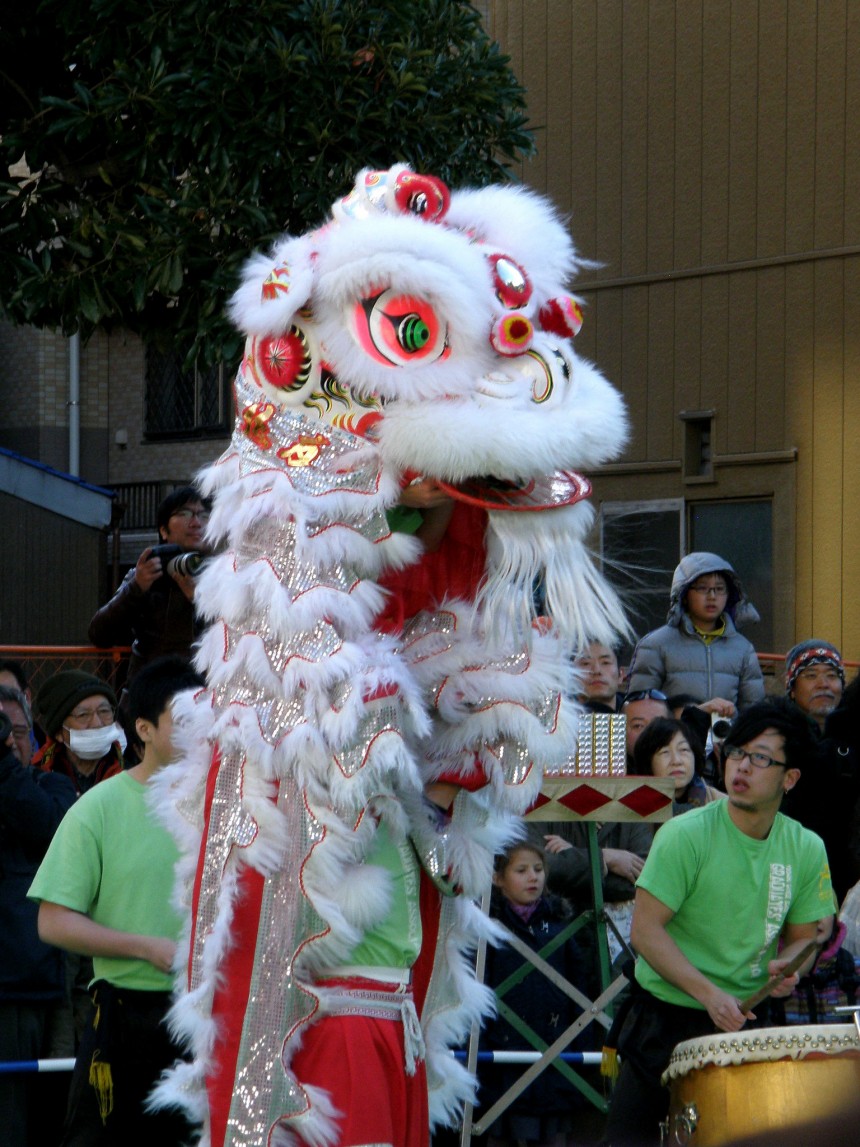 The Lion dance is a 4 hour long festival as part of the Chinese new year celebrations in Yokohama. The Lion will pray for the prosperity and good harvest of the local people and businesses through dancing around and biting on envelopes containing congratulatory gifts of money that storeowners have left in front of their stores in Chinatown.

In 2019 the Chinese new year celebrations in Yokohama run from 4th February through to 19th February. The lion dance takes place on the 2nd day of the festival.

Yokohama Chinatown is around 150 years old. After Japan re-opened its borders to the world, in the 1850s, many Chinese traders settled in the port city of Yokohama. Then much later on, in 1955, after the war had ended, Chinatown once again began to grow and a large goodwill gate was built. That is when the Chinatown was officially recognized and officially renamed Yokohama Chukagai: Yokohama Chinatown. Today only a few Chinese people still live in Chinatown, but it has a population of about 3,000 to 4,000. Most of the residents are from Guangzhou (Canton) but many come from other regions.

Yokohama Chinatown is the largest Chinatown in Asia. There are roughly 250 Chinese-owned/themed shops and restaurants in the district, with the highest concentration centered on a 300 square metre area.