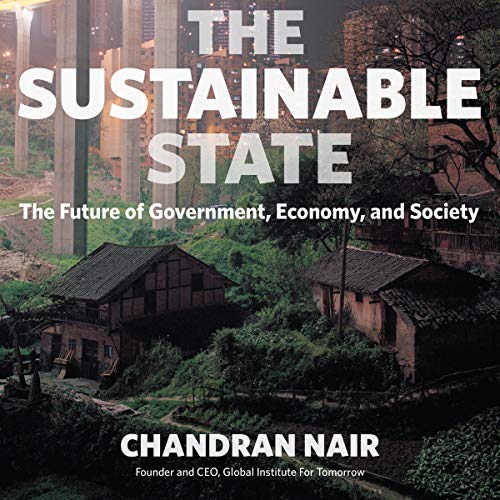 “The indispensable State – Our Sustainable Future”

We are very excited to announce a speaker highlight this year at FCC. A topic which deserves special attention in the age of climate change and rapid technological growth: We could secure a world top speaker, CEO and Founder of GIFT, Global Institute for Tomorrow to speak at our upcoming FCC event on September 4, 12.00 to 14.00.

With only 5% of the World’s population, the USA consume 25% of the world’s resources and if that same style of consumptionism would be transferred to Asia with 60% of the world’s population, this will be a desaster. Therefore, Chandran Nair is an advocate for a strong and interventionist state and will also speak about the role of corporations and the urge to adapt to a sustainable future.

The number of participants is limited to 30 this time, so please book your seat quickly.

Chandran Nair is the Founder and CEO of the Global Institute For Tomorrow (GIFT), an independent pan-Asian think tank. He was Chairman of Environmental Resources Management (ERM) in Asia Pacific until 2004, establishing the company as Asia’s leading environmental consultancy. He is a member of WEF’s Global Agenda Council on Governance for Sustainability and Experts Forum. He is a Member of The Club of Rome, a Senior Fellow of CIMB ASEAN Researach Institute (CARI) and a Fellow of the Royal Society of Arts.

GIFT, is focused on advancing a deeper understanding of global issues including the shift of economic and political influence from the West to Asia, the dynamic relationship between business and society, and the reshaping of the rules of global capitalism. With offices in Hong Kong, Tokyo and Kuala Lumpur, GIFT has pioneered an internationally recognised approach to executive education. This has been presented in a report to the United Nations on Innovations in Leadership Development and featured in the Financial Times and Wall Street Journal.

For more than two decades Mr Nair has strongly advocated a more sustainable approach to development in Asia, advising governments and multi-national corporations to instil these principles into their policies and key decision making processes.

In addition to his work with GIFT, Mr Nair continues to provide strategic management advice to business leaders and policy makers. In this regard he has been invited to speak to and advise global management teams at companies including HSBC, BASF, Bosch and PwC among others, as well as policy forums hosted by the ADB, OECD and ESCAP.

Mr Nair is a regular speaker at the World Economic Forum (WEF), APEC Summits, OECD events and various UN conferences. His articles on topics ranging from economic policy to education frequently appear in leading publications such as the Financial Times, TIME, The Guardian, Huffington Post and The New York Times. He has also been interviewed on many leading global media networks including BBC, CNN, Al Jazeera, NHK, Bloomberg, CNBC, CCTV, Channel News Asia and Deutsche Welle.

Mr Nair has served as Adjunct Professor at the Hong Kong University of Science and Technology and the Lee Kuan Yew School of Public Policy in Singapore.

Mr Nair is the author of Consumptionomics: Asia’s Role in Reshaping Capitalism and Saving the Planet which was ranked as one of the top-fifty breakout capitalism books by The Guardian and has been translated into Chinese, German and Bahasa. His second book The Sustainable State : The Future of Government, Economy and Society will be published later in the year. He is also the creator of The Other Hundred, a non-profit book project which serves as a counterpoint to the Forbes 100 and other media rich lists. The Other Hundred aims to highlight the lives of those who are not famous or wealthy, but who deserve to have their story told. The second edition has a focus on entrepreneurs and the third looks at educators from a non-conventional standpoint. The fourth edition will examine the very contemporary yet age old topic of migrants.

A keen sportsman, Mr Nair managed the Hong Kong hockey team for seven years, taking it to the 2002 Asian Games in South Korea. He plays the saxophone and used to head a band in Africa where he lived and worked as a volunteer in the field of water supply, sanitation and public health. He has lived and worked in Asia, Europe and Africa.

About “The Sustainable State”

The free-market, small-government model has been an ecological and social disaster for the developing world. In this thought-provoking book, Chandran Nair reframes the potential of strong interventionist governments in shaping the future, highlighting that the laissez-faire, industrialized Western model is not sustainable.

The United States alone, with less than 5 percent of the world’s population, consumes nearly a quarter of the world’s resources. If countries in Asia, where 60 percent of the world’s population lives, try to follow the Western lead, the results will be calamitous. To counter this juggernaut, Nair argues that equitable development is possible only with the involvement of an active and strong effective state that can guide the economy, protect the environment, and prioritize meeting its people’s basic needs. This means rethinking the meaning of concepts like “prosperity,” “freedom,” and “rights,” and whether democracy is a prerequisite to ensuring a responsive government. For Nair, a sustainable future where the large developing nations of the world can meet everyone’s basic needs – and thus rights — is only achievable if the institutions of the state are strong and not prone to capture by vested interests.