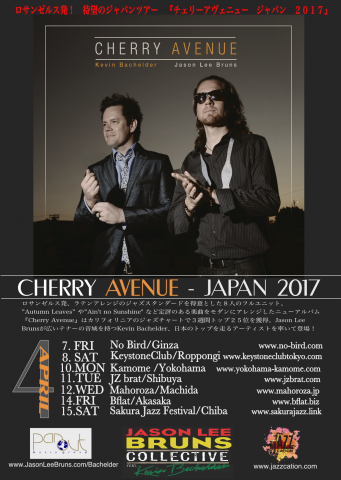 The Jason Lee Bruns Collective is an eight piece group based in Los Angeles, led by drummer and composer Jason Lee Bruns and currently featuring vocalist Kevin Bachelder. Together the group explores their diverse musical influences through the context of a jazz lens, including their unique and non-traditional arrangements of standards and hummable original compositions. In addition, for the rest of the collective, they hired top, local Japanese jazz artists for the duration of the tour. The collective consists of the following members:

Multiple Locations. Please Check the Website and the Flyer for the details. http://www.jasonleebruns.com/shows/index.php
Select a Country: