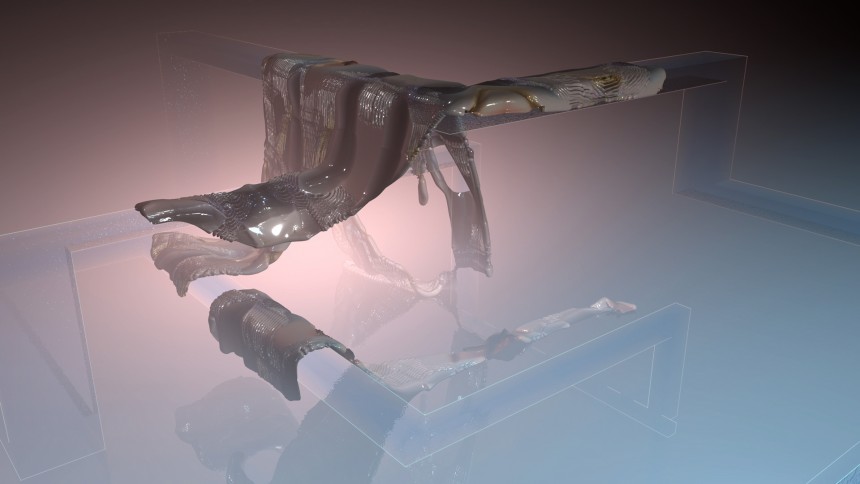 Supported by a hybrid creative process that is both analog and digital, Ratté and Sodeoka deploy an unconventional artistic approach that challenges the video medium. While questioning the major issues of visual media, its perception and the interpretation of the world in the digital age, they have distinguished themselves by generating tantalizing narrative universes with singularly ultra-guided aesthetics.

Sabrina Ratté will present some of the 3D environments resulting from her research on spatiality and the sensory and psychological experience that architecture provides. As for Yoshi Sodeoka, he will showcase a series of abstract video animations whose organic forms and blatant colors open a portal to a psychedelic and illusory world far from reality.

Although they have already collaborated on various projects and participated in multiple group exhibitions, this will be the first time that their work will be brought together in a gallery for a duo exhibition.