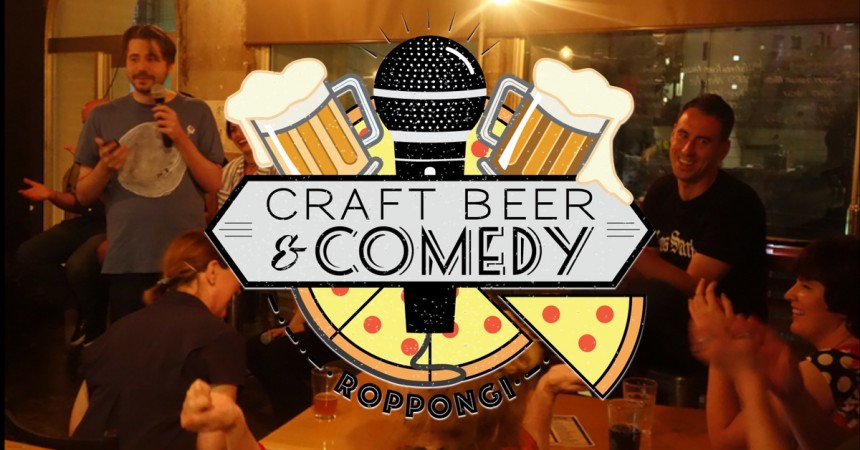 English-language stand-up comedy in Roppongi! Kick-off your Saturday night with a laugh, alongside some pizza and craft beer!

It doesn’t matter which country you are from – everyone loves to laugh! From Chris Rock to Russell Peters, stand-up comedy is hugely popular around the world and we have some great comedians here in Tokyo too. Even better, at Craft Beer & Comedy, we combine stand-up comedy, with great tasting beer, great people – and great pizza too.

Two Dogs Taproom is really easy to find, just behind Don Quixote in Roppongi, where, ahem, the old Gas Panic used to be. It’s on the 2nd floor and the comedy show takes place in their party space.