The work presented in “Cushion of Air” allusively depicts Garber-Maikovskain in a state of performative movement wherein he channels the human condition through his gestures captured and recorded in ink and oil on fluted polypropylene boards. Furthering the artist’s explorations of communication, interpersonal connection, urban sprawl, and the body, the pieces that comprise this exhibition act as memorandums or physical documentations of the visual language that Garber-Maikovska has developed throughout his oeuvre—growing beyond, but keeping the codes of, the motions enshrined in his early time-based performance. 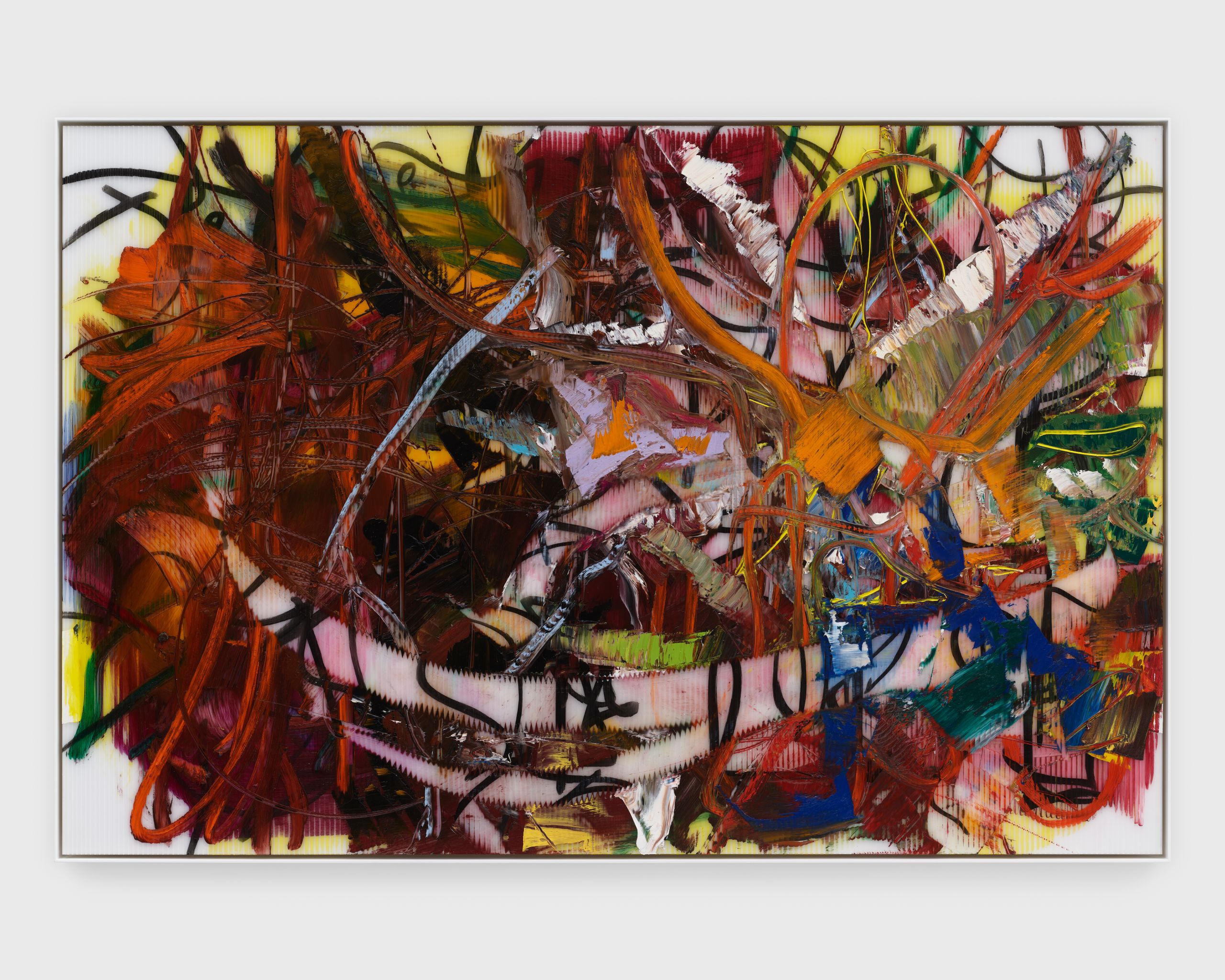