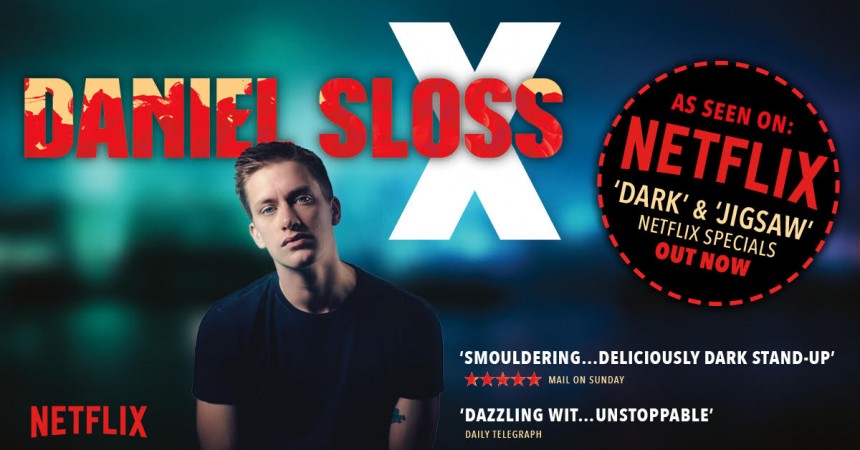 The Scottish native has had a stunning run in comedy since his late teens, becoming the youngest comedian to perform a solo set at London’s West End at age 19. His shows have sold out across eleven consecutive Edinburgh Fringe seasons, 42 dates in New York this year alone, as well as earning him five solo off Broadway runs.

‘Daniel Sloss: X’ is already set to take Sloss’ brand of dark and infectiously funny adult humour across 36 countries, and that number won’t be staying still for long. Book early to see this new powerhouse on the international stage, he’s not to be missed.

“X” is a stunner of a show… Smouldering… Deliciously dark stand-up’ ⭑⭑⭑⭑⭑ Mail on Sunday, UK