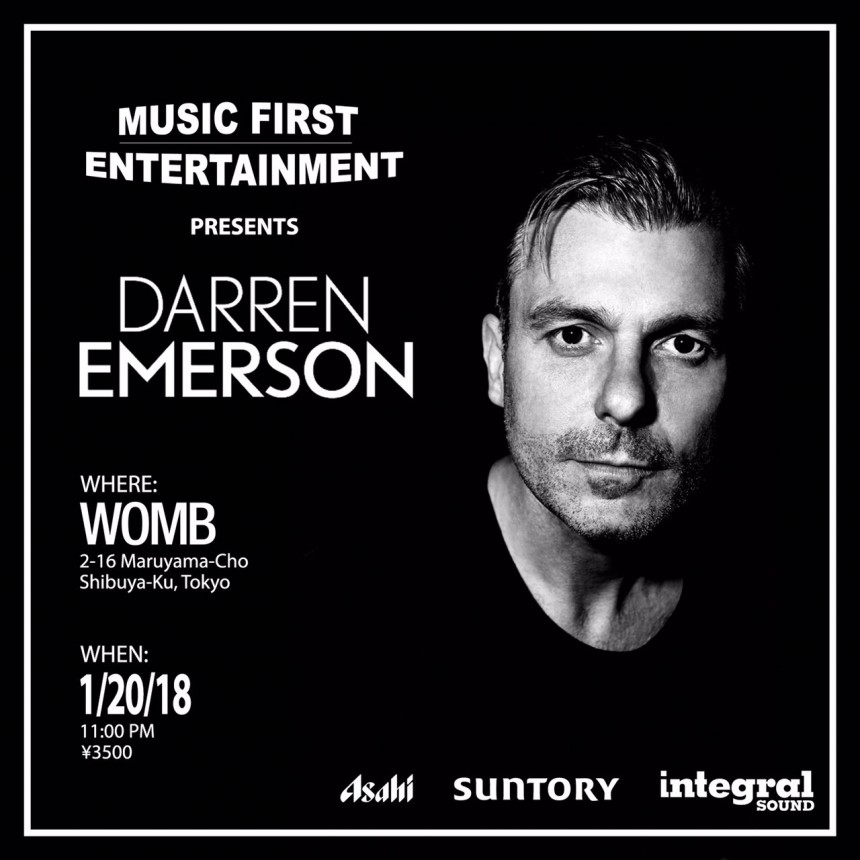 Music First Entertainment presents Darren Emerson, performing live in one of Shibuya’s most well-known nightclubs, WOMB. House and techno music enthusiasts will not want to miss out on this night!

With a career spanning over 30 years, Darren Emerson still reigns on the forefront of the electronica, techno, and house music scenes. As a creator who is massively influential in the dance music world, he has collaborated with the likes of Sasha, Depeche Mode, Bjork, and the Chemical Brothers, not to mention his appearance in the Glastonbury Festival with Underworld, and his achievement in sending the immortal classic “Born Slippy” out into the world.