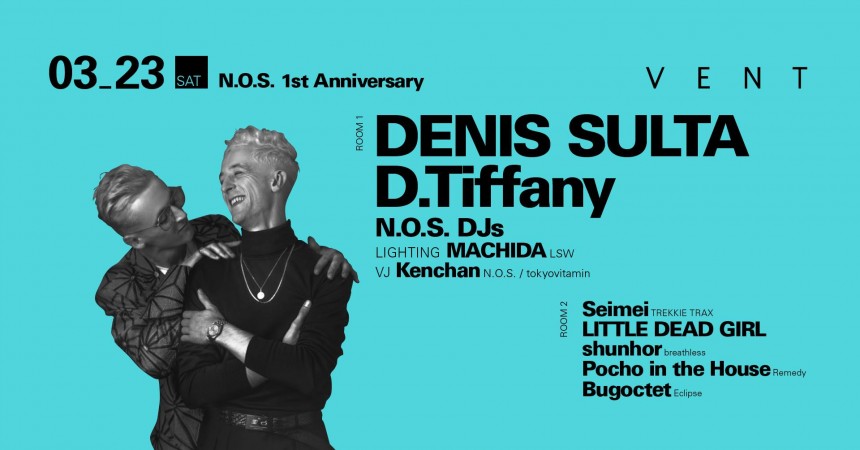 Denis Sulta has received massive respect from top artists like Four Tet, Skream, and Optimo, and has risen to the top of the house scene with lightning speed, and now he will be making his first appearance in Japan, at VENT on March 23rd!

It’s amazing how fast Denis Sulta has risen to stardom within the house scene. His efforts have definitely paid off! This Glasgow native will be making his highly anticipated Japan debut, at Omotesando VENT, on March 23rd – don’t miss it!

Working at the internationally renowned record shop Rubadub, as well as being a regular at the world famous SubClub definitely helped Denis Sulta cultivate his technique and musical knowledge, and has greatly influenced his unique outlook on track production. As a DJ and producer, Denis has quickly risen to the top of the league over a short span of time. In 2014, he signed with Dixon Avenue Basement Jams, with which he released several works. Subsequently, he released with Numbers, as well as with his own imprint, Sulta Selects – delivering punchy tracks and genius sense of style that would soon overtake the electronic music scene.

Since graduating from Montreal’s Red Bull Academy, Denis went on to play his own tracks on the radio show, and at clubs and festivals the world over. At the end of 2016, Denis placed 26th out of 100 in Resident Advisor’s Top 100 chart – he claimed the highest position for a newcomer that year! In 2018, Denis made the cover of Mixmag Japan, despite having never been here. So, now he’s riding that wave, rushing forward at light speed, and will come full-force to drop what will be sure to be an amazing set, at his debut performance in Japan, only at VENT!

Join the event for ￥500 off !! Click ” Join ” and you are on the discount list !! ※You MUST show your mobile phone screen of joined event page at the entrance.

※ Must be 20 or over with Photo ID to enter. Also, sandals are not accepted in any case. Thank you for your cooperation.