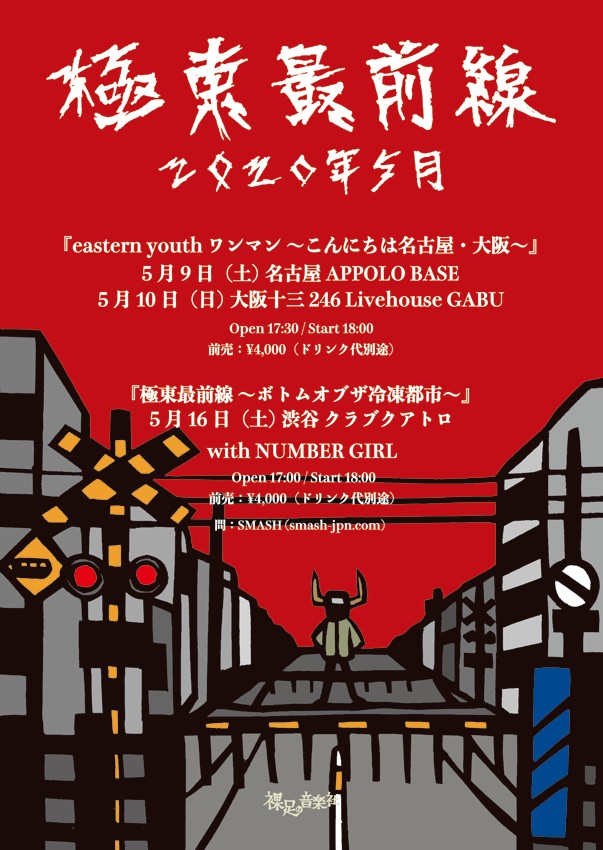 2019 turned out to be a special year for Sapporo-native eastern youth to perform at Hibiya’s open air concert hall for the band’s 30th anniversary. NUMBER GIRL, another legendary alternative rock band, made a comeback to the scene after 17-year hiatus in 2019. Hisashi Yoshino, the lead singer for eastern youth has been spotted on the street of Koeji performing with Syutoku Mukai from NUMBER GIRL. The two bands will finally share a stage as a part of easter youth’s event Kyokuto-Saizensen this August.