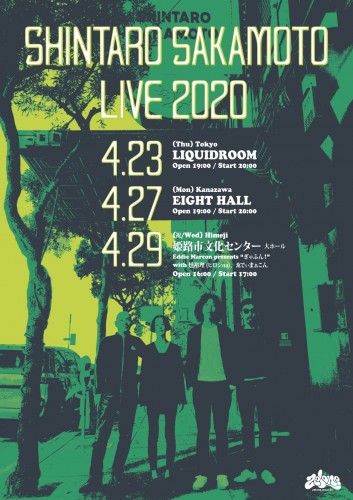 Former “Yura Yura Teikoku” band member ­— Shintaro Sakamoto — will be performing at multiple venues this April. Since his debut solo album How To Live With A Phantom in 2011 and establishing his own record label, Sakamoto has also made his way towards the international stage. This indie and alternative concert will surely be one to look forward to for those who have been waiting for his Japanese comeback.

Other venues and times include: