Farewell to Yesterday - turn of eras in Japanese and German film

Farewell to Yesterday – turn of eras in Japanese and German film 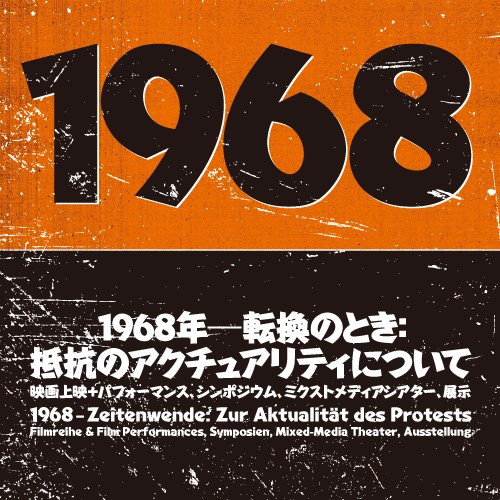 50 years after the 1968 movement the Goethe-Institut Tokyo presents a series of symposia, exhibitions, workshops, as well as a film series, and asks, “At what point do our societies stand today?”
The film series focuses on the extremely productive and dynamic phase of film history around 1968, both in Japan and Europe, which also radiates into other branches of art. The program, which juxtaposes works from Germany and Japan, shows the broad spectrum of how 50 years ago an extremely young generation of artists split up the formal canon of the post-war era and developed an innovative and politically motivated film language with the desire for confrontation and provocation. The film screenings are accompanied by a series of conversations in which a young generation of artists and critics enter into dialogue with actors of the ’68 generation and illuminate the potential of protest from today’s and former perspectives.