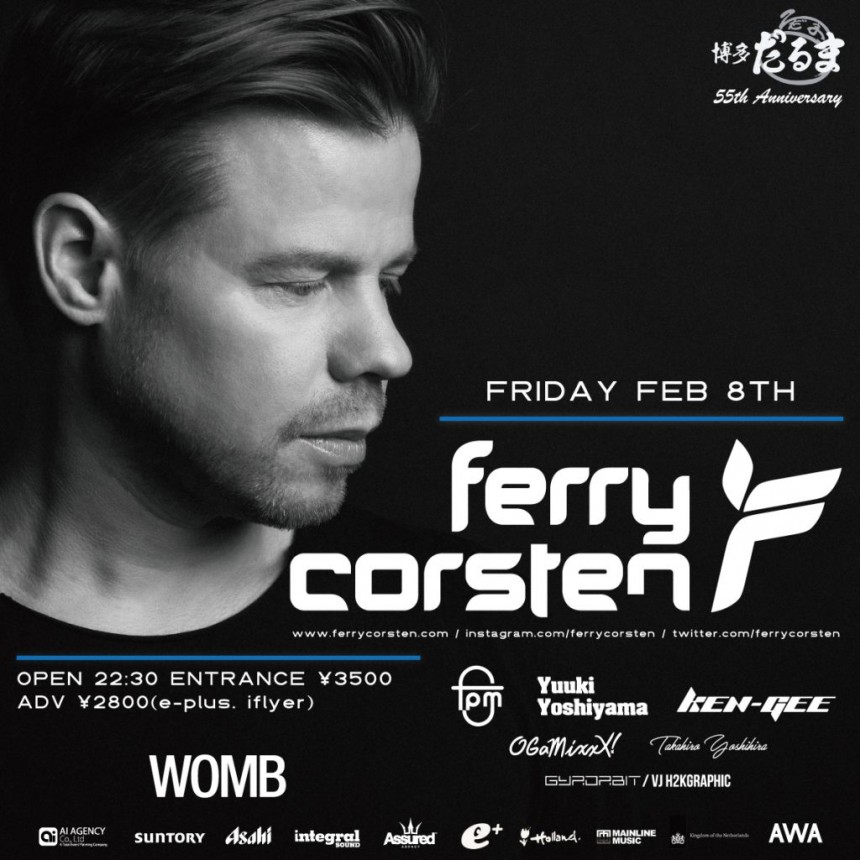 Trance legend Ferry Corsten, also known as System F, is coming to Japan!
Born in Rotterdam in the Netherlands, Ferry Corsten was one of the leading forces during the trance music boom that broke out in the early 2000’s, together with big names like Armin van Buuren and Tiësto. He continues to perform and create at the forefront of the genre, with carefully crafted melodies that pull at the senses. In recent years he has released big hits such as “Anahera” and “Neba” as his another project called Gouryella, which is the near mythological name in the scene.
Corsten also headed the unprecedented Cyber TRANCE boom in Japan and the rest of the world from the 90’s into the 00’s.
You can’t talk about dance music in Japan today without mentioning him.
Moreover, this night will be a joint event with ramen shop Hakata Daruma, a longstanding representative of Hakata style ramen.
No one can forget Corsten’s welcome party at the Dutch Embassy in March 2018, when Corsten cooked ramen and served it to party goers, and the story blew up around the world.
Other performers include Tomoyuki Tanaka (FPM), Yuuki Yoshiyama (EDC JAPAN), and KEN-GEE (Global Airwaves)!
Don’t miss this trance-filled crossover dance music event!
MUSIC: TRANCE