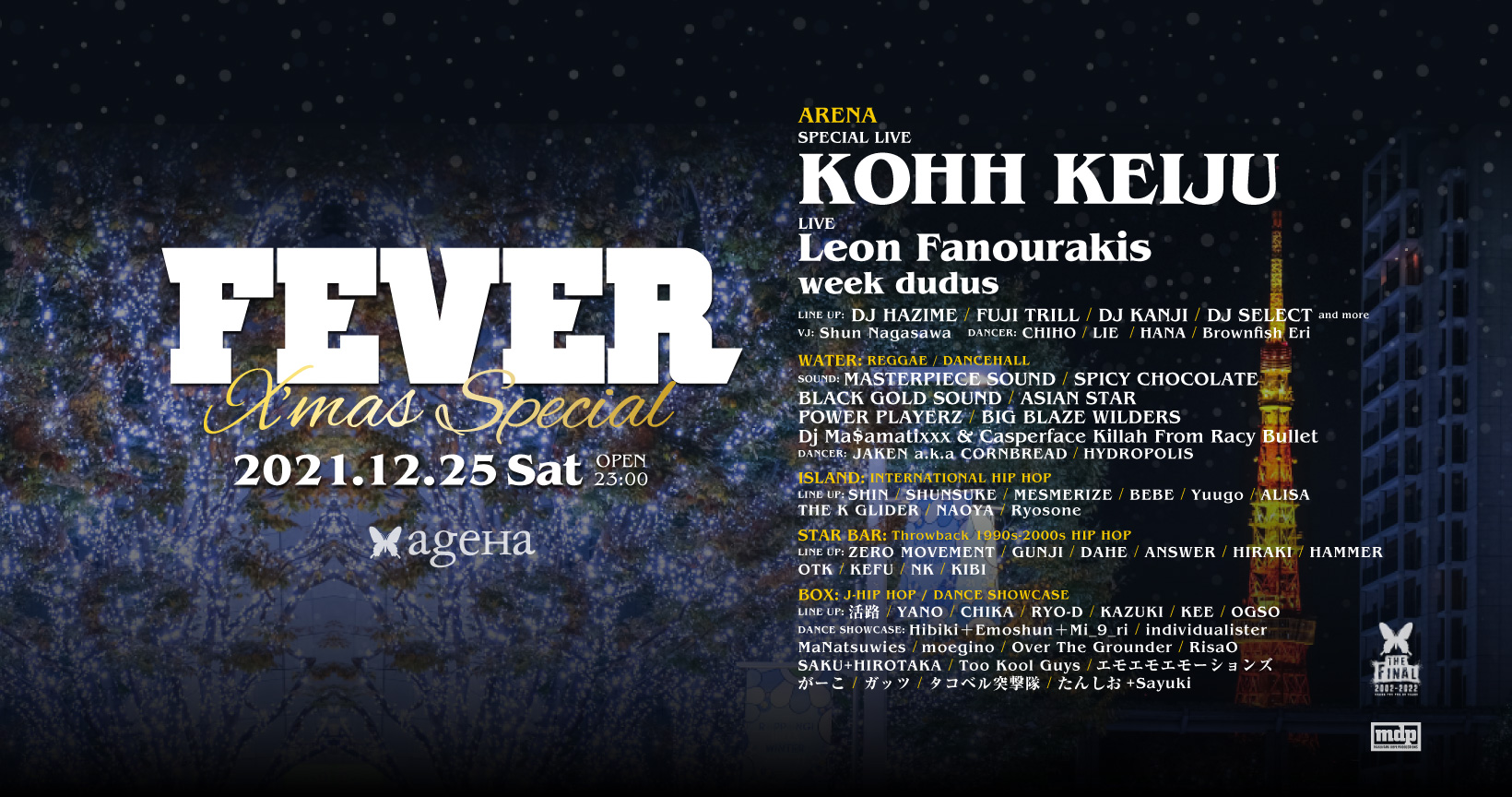 The legendary HIP HOP PARTY “FEVER” revived at ageHa’s 19th Anniversary Party in November will be held again on Christmas. “FEVER” has influenced the Japanese Hip Hop scene by bringing big artists from overseas. This time KOHH will be appearing on ARENA as a guest and up and coming young rappers to watch will be performing. The dance hall reggae party will come back at this party as well. Please join a symbolic event of ageHa’s history of Hip Hop parties whether you’ve experienced or not.