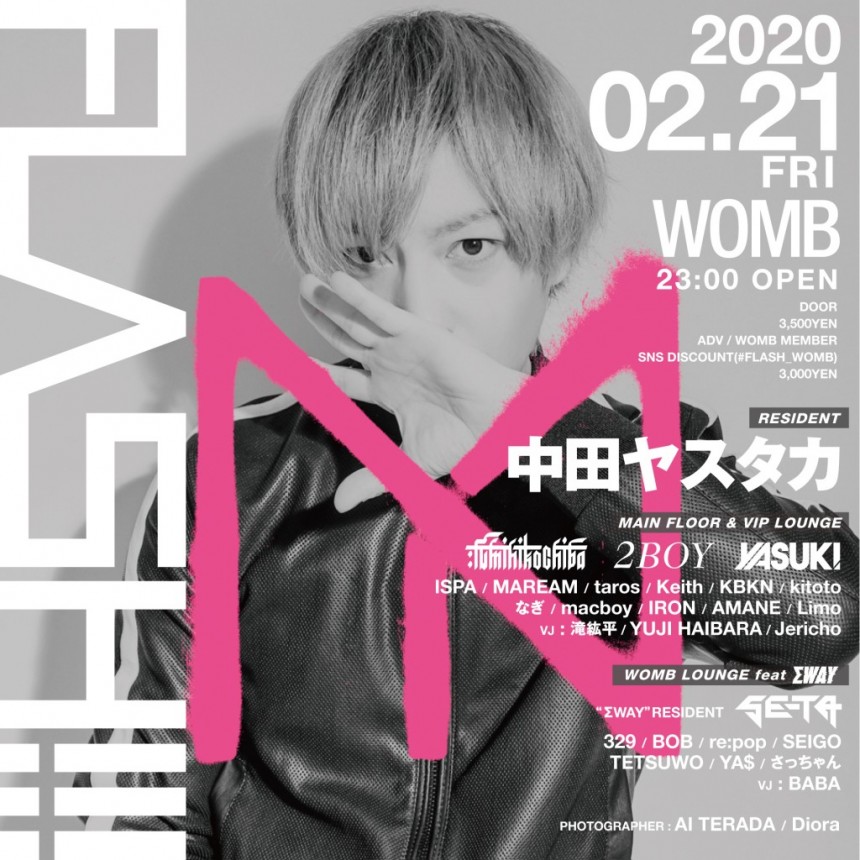 Yasutaka Nakata’s resident party FLASH!!! is now set to be regular event at WOMB!FLASH!!! is well known as the one and only long-running weekend regular party where you can hear musician and producer Yasutaka Nakata play.The party will bring together a lineup of artists that form the next generation of the electronic music scene, together with the helmsman himself, Yasutaka Nakata.FLASH !!! It would be no exaggeration to describe this as a party representative of Tokyo. Not something to be missed as it continues to lead us into the future.