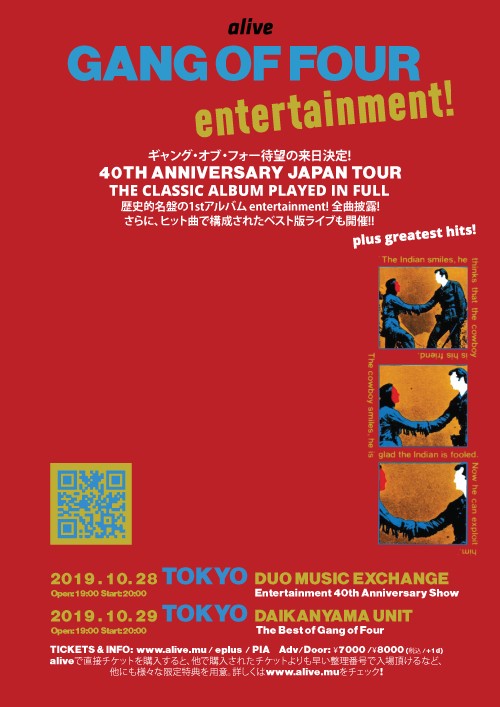 British post-punk band, formed in 1977, Gang of Four is returning to Tokyo after a six year absence. The band has announced new dates to celebrate the 40th anniversary of its debut album Entertainment! as the original dates in March were cancelled. Over the two days the band members are showcasing some of their greatest hits such as “Damaged Goods” or “I Love a Man in a Uniform” alongside other legendary tunes.

Gang of Four will also be playing on October 28, check out the event here.