Gaya: The History of Co-Existence in Ancient East Asia

Gaya: The History of Co-Existence in Ancient East Asia

Gaya (加耶) was a confederation of multiple polities that co-existed in the southern part of the Korean Peninsula about the same time as the Tumulus Period in the Japanese archipelago. Gaya prospered as its polities developed thorough cooperation and competition with each other. During the fourth through sixth centuries, Gaya achieved significant growth through operating maritime trade and iron production as a unit while frequently interacting with Silla in the east, Baekje in the west, Wa (Ancient Japan) across the sea, and China in the distance. Being caught between the mighty states of Baekje and Shilla, however, Gaya’s power gradually weakened, and it collapsed in 562.

With the full cooperation of the National Museum of Korea, we plan to reveal the history of Gaya from the beginning, through the prosperous moments, and to its downfall. To do so, we will exhibit around 240 items unearthed from tombs in Gaya, such as gold and silver accessories, neat and beautiful earthenware, weapons and harnesses indicating military power, iron which was the foundation of growth, and foreign goods showing external negotiations. This is the first time in thirty years that such precious treasures of Gaya will be gathered in a single location and be exhibited in Japan.

During this exhibition, we will examine changing interactions between Gaya and Wa. One of the societies with which Wa had the closest contact was Gaya. Wa built its own culture based on the latest information, technology, and tools that they acquired through exchanges with Gaya. Such imported knowledge and resources from Gaya included a wide range of resources, including hard potteries called sueki, iron tools, metalworks, horse breeding, irrigation, cooking tools such as steamers, and new types of hearths. The fifth century, when Wa experienced the most remarkable development, is sometimes called “the century of technological innovation.” This shows that we need to look at the history of Gaya in order to fully understand that of Wa.

Through this exhibition, we can experience the history of Gaya across the sea and reflect on how the everlasting interactions between Japanese and Korean regions will continue in the present and the future.

* Based on the latest excavation and research outcomes, we shed light on the history of Gaya’s rise and fall as well as its splendid culture.

* For the first time in thirty years in Japan, 240 precious treasures of Gaya will be gathered together in one location. This includes the gilt bronze crown of one of the Gaya polities, Daigaya, which has been designated as Korea’s national important cultural property (National treasure).

* Through cultural products of Wa excavated from tombs in Gaya, we reveal intimate interactions between Gaya and Wa.

* Through experiencing the history of Gaya and its long-lasting exchanges with Wa, we think of interactions between Japan and Korea continuing from the distant past into the present and the future. 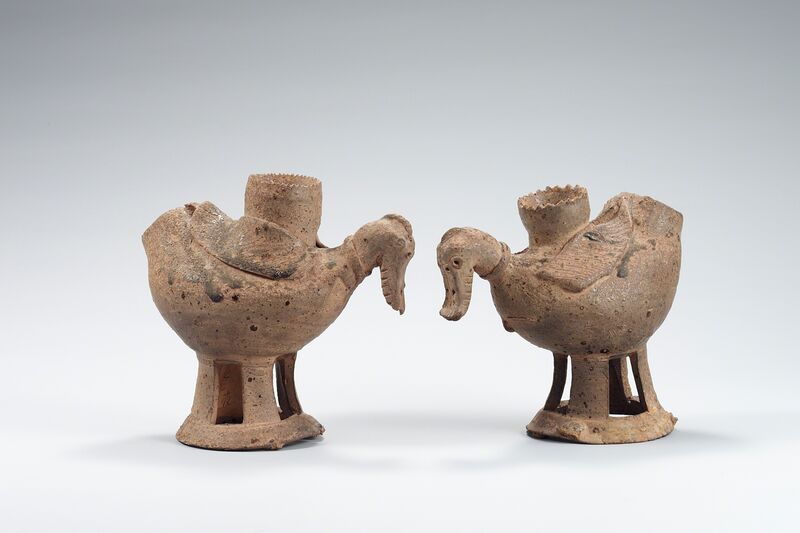