Geneses of Photography in Japan: Hakodate

Geneses of Photography in Japan: Hakodate

The Edo period ended about 150 years ago as Japan shifted toward becoming a modern, westernized nation. During the Edo period, Hakodate was under the direct control of the Tokugawa Shogunate while still influenced by Ainu culture. After the Russians introduced photographic techniques to Hakodate, photographic culture flourished as people began capturing images of the city. Following the Battle of Hakodate, Japanese photographers such as Tamoto Kenzo, Takebayashi Seiichi, and Sakuma Hanzo photographed Hakodate as the city and its people modernized and adopted Western-style customs. In 1872 (Meiji 5), Yokohama-based photographer Raimund Freiherr von Stillfried was invited by the Hokkaido Development Commissioner to Hakodate, where he instructed Japanese photographers and photographed the city. That same year, Ainu people who visited Tokyo to learn agriculture were photographed by Asakusa-based photographer Uchida Kuichi.
This exhibition is an attempt to reconstruct Hakodate during the late Edo period through the Meiji period from a fresh approach based on early photographs and related materials.

*The schedule is subject to change. Any further changes will be announced. 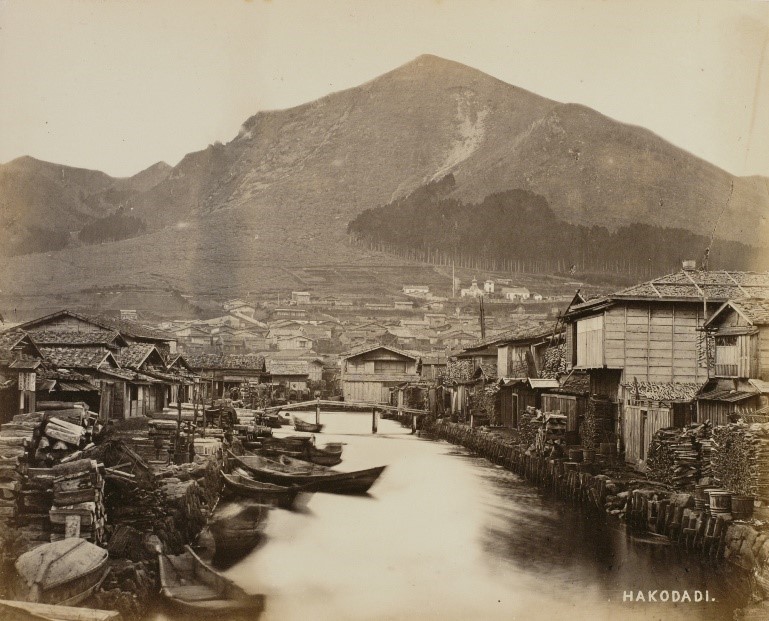