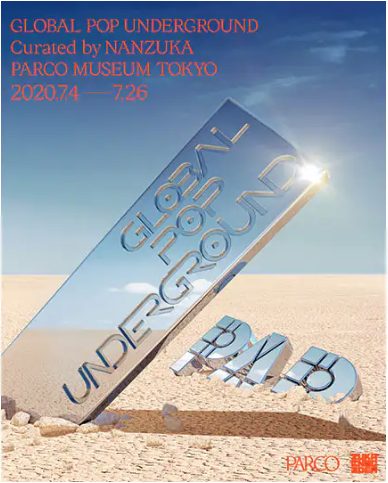 Until the Meiji era, art was thought to be practical, without much focus on integrating popular culture. Calligraphy, folding screens, fusuma, paintings, tea utensils, ukiyo-e as posters, and dolls were originally considered “pop” works of arts and are considered “underground” from the perspective of academic art historians.

This exhibition follows the context of Japan’s original arts as an antithesis to the stereotypes of upper and lower levels in arts categorization, the explosion of the context of outliers which is occurring simultaneously on a global scale. The main participating artist are Keiichi Tanaami, Harumi Yamaguchi, Toshio Saeki, Motoki Sorayama and others.

In addition to the legendary artists who have paved the way, there will also be exhibitions from young upcoming artists as well. By presenting the works of artists with various backgrounds such as illustration, design, manga, street art, and underground culture in parallel, we systemically showcase the diversity of art in progress.