Glow and the Forest 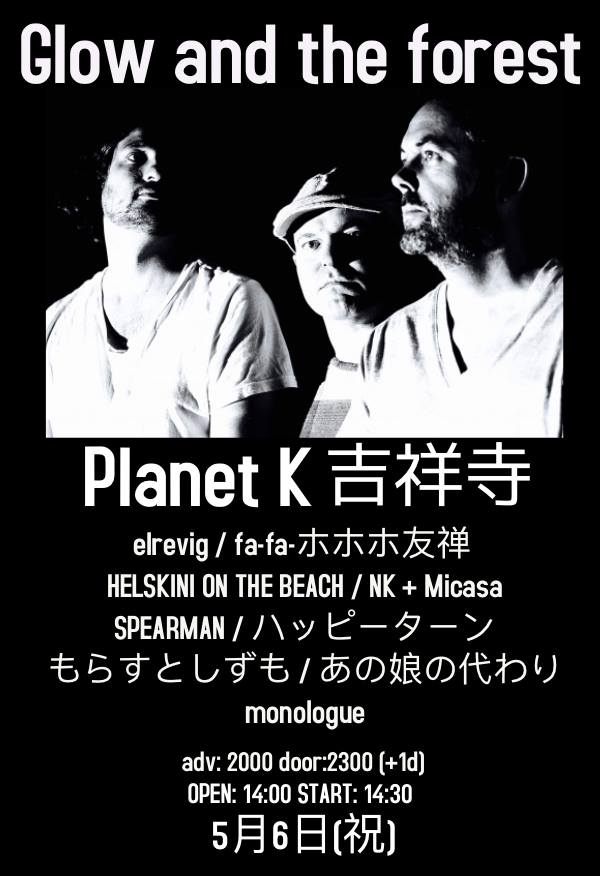 Kanto-based indie triumvirate Glow and the Forest play Kichijoji in a Golden Week special event to showcase music from their upcoming and much-anticipated third album. Frontman Matthew Guay leads the trio who are known for their short three-part vocal songwriting approach with powerful choruses. The band are joined by other groups such as HELSINKI ON THE BEACH, SPEARMEN and elrevig for a full day of musical joy.