François Chaignaud has received widespread acclaim in France for his work as a dancer and a choreographer. Akaji Maro is one of the foremost representatives of the Japanese modern dance known as butoh. He is an actor, a director, and the founder of the butoh dance company Dairakudakan. Now, Chaignaud and Maro are working together to create and perform a dream collaboration at SePT.

Chaignaud began studying dance at the age of six. He went on to study dance at France’s famous the Conservatoire National Supérieur de Danse de Paris, graduating in 2003.

After graduation, he created performances for several world-famous dance companies. He is beloved by fans of dance around the world for presenting a string of number of high-profile dance pieces, one after another. For example, he created an experimental dance piece that fuses classical ballet and club culture, and he has created a truly unique dance piece that juxtaposes Spanish classical music and traditional dance with modern conceptions of gender.

Maro became a member of Juro Kara’s Jokyo Gekijo in 1965. In Maro’s work as an actor for the Jokyo Gekijo, he came to embody the approach to acting in director and playwright Kara’s Theory of Privileged Flesh, one of the major works of postwar performance theory in Japan. At the same time, Maro also began training under Tatsumi Hijikata, the creator of butoh dance.

In 1972, Maro founded his own dance company, Dairakudakan. This company helped to spread butoh throughout the world with its large-scale performances with an emphasis on spectacle. Maro is truly singular artist and a living legend in the world of butoh.

Chaignaud and Maro have established a unique rapport, and they have been working together for 7 years to bring this collaboration between kindred spirits to life. Titled Gold Shower, this performance presents a world permeated with eros and thanatos. Don’t miss your chance to see this international collaboration between two of the most brilliant and outrageous performers from France and Japan! 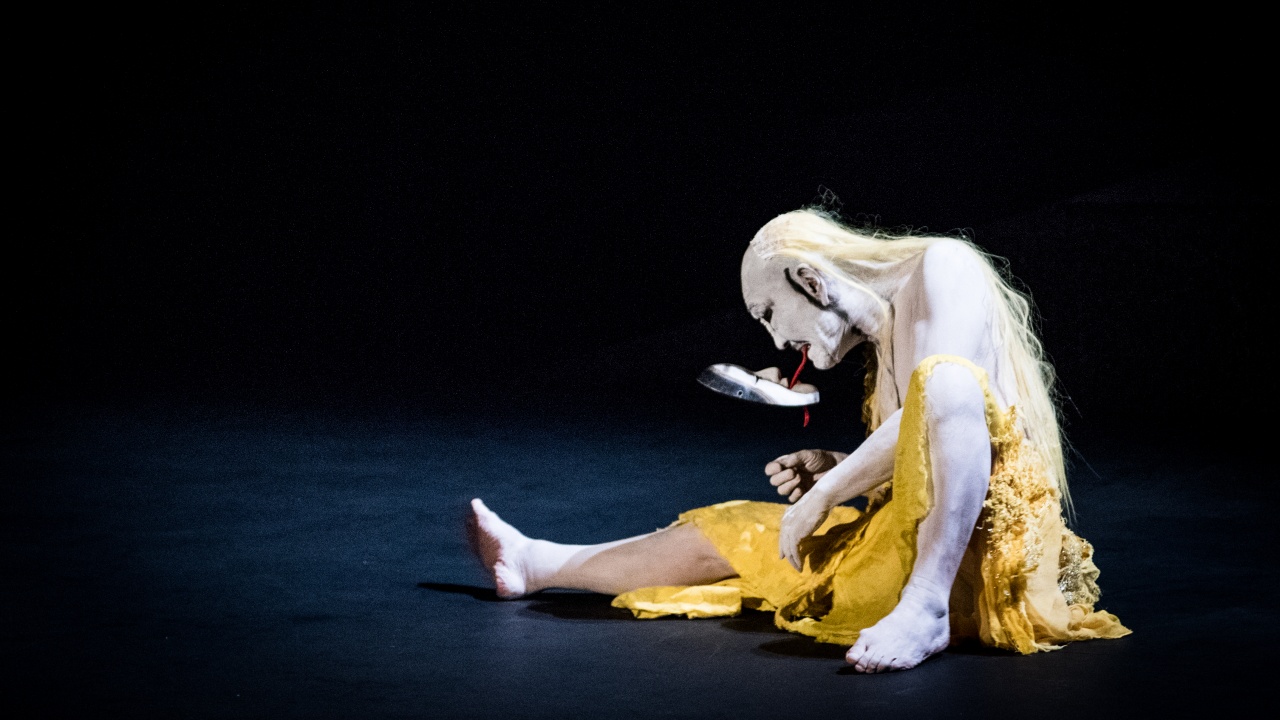