Anna Mary Robertson Moses (1860-1961), known by her nickname Grandma Moses, began painting in earnest in her 70s and produced over 1,600 works until her final year at the age of 101. Her paintings depict the natural beauty and rural life in a farm village of New England in the United States with a naive approach. They caught the eye of a collector who happened to be visiting the village, and after her first solo exhibition at the age of 80, she immediately became a popular artist known throughout the United States. This exhibition presents some 130 works, including oil paintings, her belongings and related material, some of which are on show for the first time in Japan, and explores the fascinating life and work of Grandma Moses, who kept painting the “beautiful world” and lifeʼ s simple pleasures. 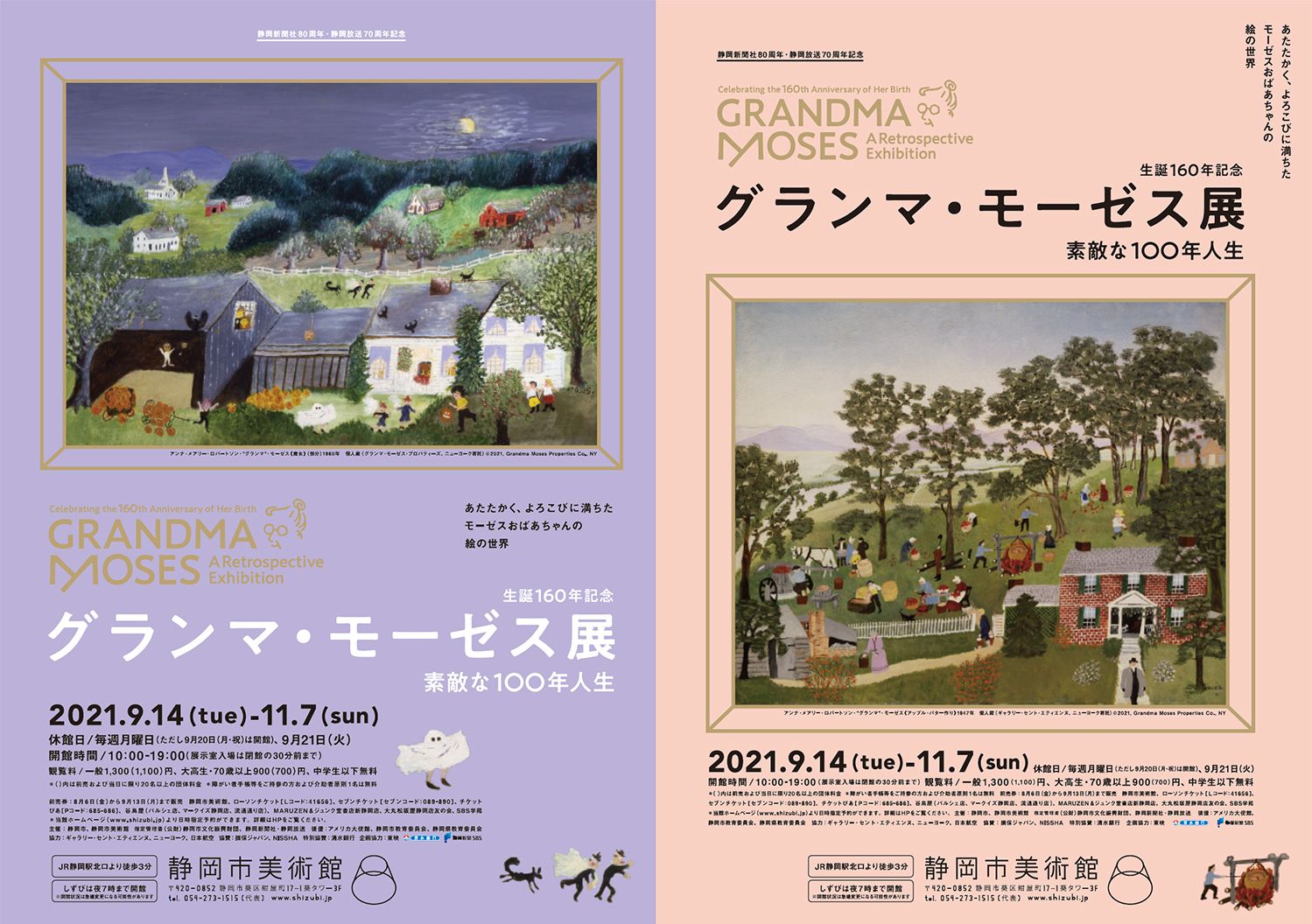