Hajime Sorayama and his work TREX will be on display until early April. The exhibition includes 5 new cast sculptures which were introduced in Bangkok, Thailand last October. He is known for his creation of infusing femine beauty with robotics, which produced his sexy robot series. In 2001, he was also selected to work on the Aerosmith’s ‘Just Push Play’ tour jacket. His exciting new solo-exhibition features an immersion of the robotics with dinosaurs, and will be depicting the species tyrannosauraus, Stegosaurus, and raptors. 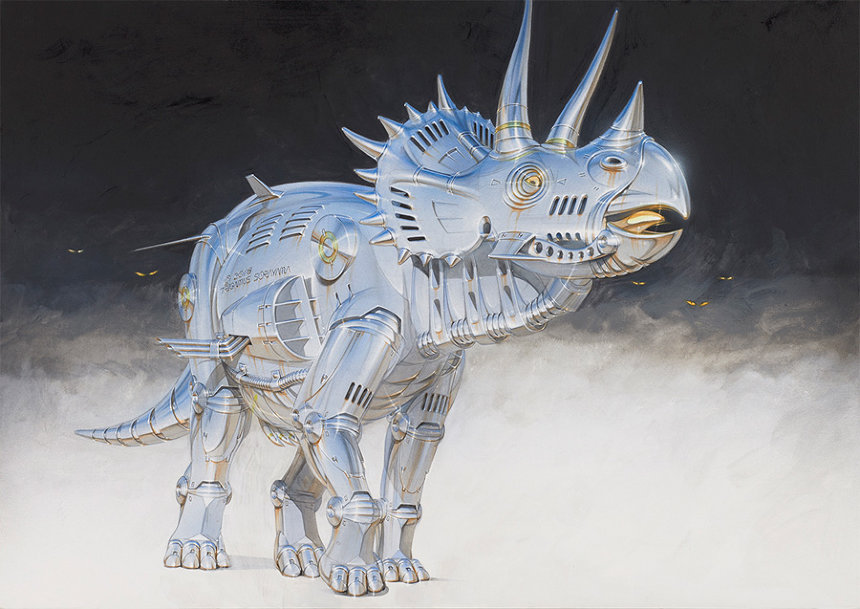