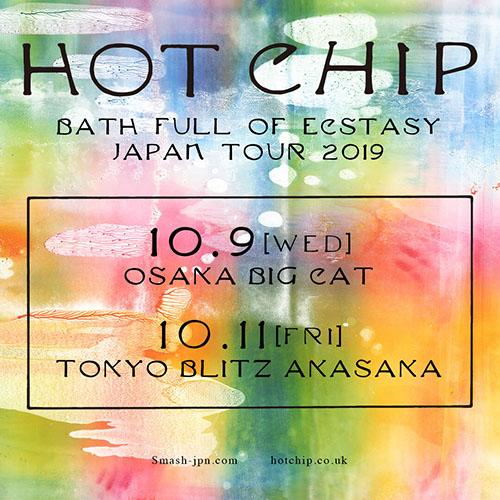 London-based five-piece electro band Hot Chip released their new album Bath Full of Ecstasy this June. The band’s first Japan tour kicks off in October and fans can expect to hear performances of past masterpieces like Coming on Strong, alongside fresh tracks from the new album.