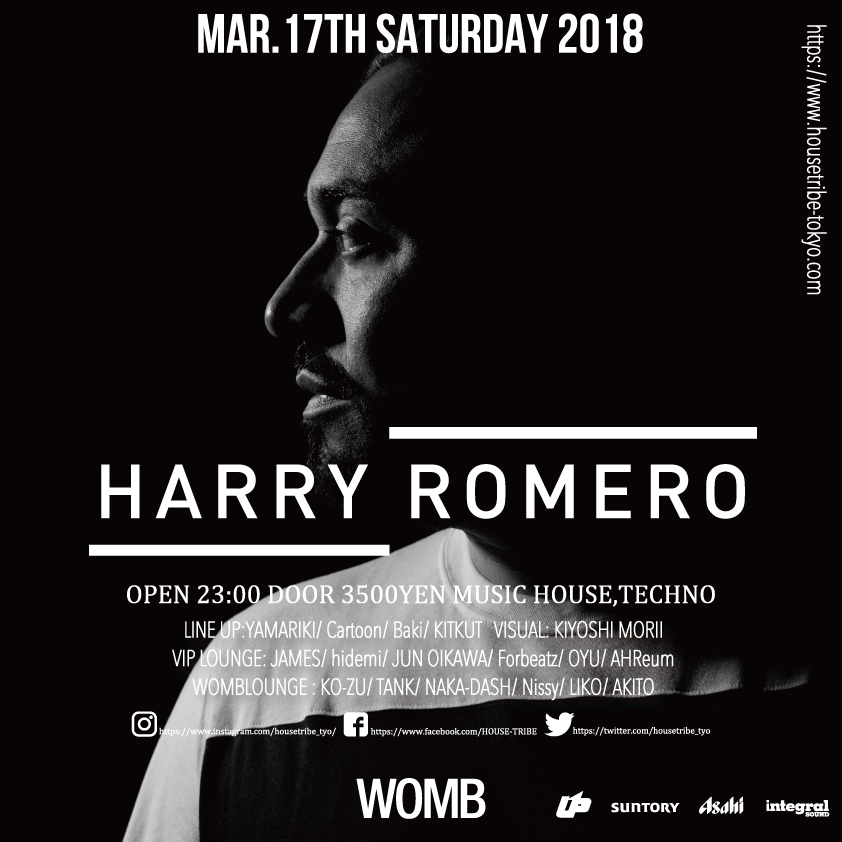 Housetribe, which first launched in 2018, will officially host again mid-March! This time around, they will releasing labels produced by WOMB’s favorite artists, including Suara, ToolRoom, Circus, OVUM, Tronic, and Defected. Harry Romero is an American artist, who has multiple smash hits under the name Harry Choo Choo Romero with Subliminal Records, a label presided over by Erick Morillo. Though he’s been around for many years, there is no mistaking that he is one of the few producers at the center of today’s music scene.
“Every time I record, I try to change up the sound, and for lots of producers the hardest thing is to not create the same kind of sound every time, but it isn’t something everyone can do.” Harry Romero takes pride in his music because he exerts the effort that produces good sound.
MUSIC: HOUSE