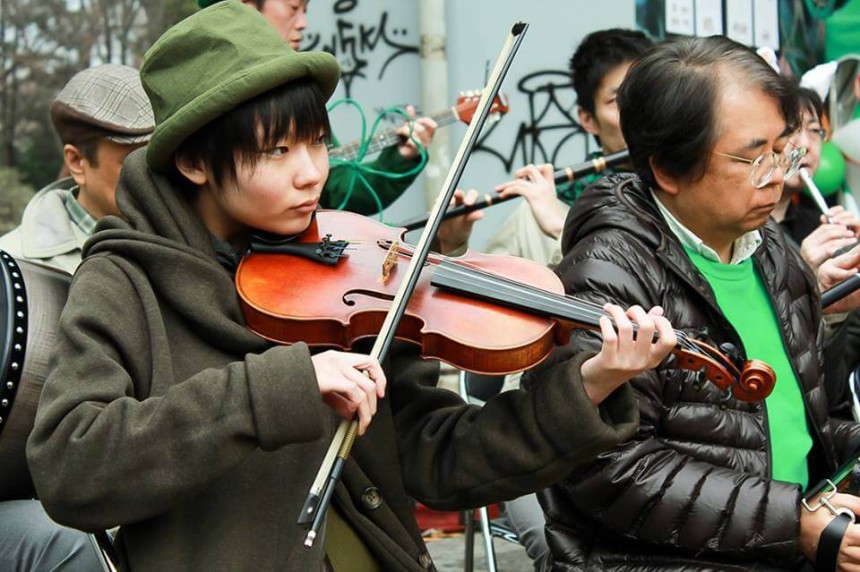 The “I Love Ireland” festival is a weekend long festival over the St Patricks day weekend.

The festival will take place at Yoyogi Park on Saturday 17th & Sunday 18th March. It is the biggest Irish festival in Asia and there will be Irish music, performers, food, dancing, drinks, Irish sports and culture.

There is a large main stage where there are traditional Irish musicians, dancers and singers playing as well as appearances by Sports professionals.

There will be a variety of Irish food and drink available including “Irish Bento” which is made up of Guinness stew, shepherd’s pie, fish&shrimp fritter, chili beans, omelet, stewed vegetables, pumpkin salad, and Saffron rice.

Here is a map of the festival: 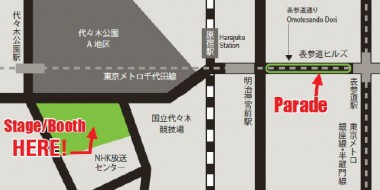 The highlights will be a performance by Mundy, one of Ireland’s most popular singer-songwriters. Mundy’s “Galway Girl” song became the most downloaded song 2 years in a row in Ireland (2007/8). He has performed with artists such as Pink Floyd, Culture Club, Paul McCartney.

This year Miss Worlds from Ireland (Niamh Kennedy) and Japan (Haruka Yamashita) will attend the festival. They will be on the main stage on 3/18(Sun) and also participating the St. Patrick’s Day Parade Tokyo.

There is also an Irish parade to celebrate St Patricks Day on March 18th which goes down Omotesando dori. Here is a video from last year: