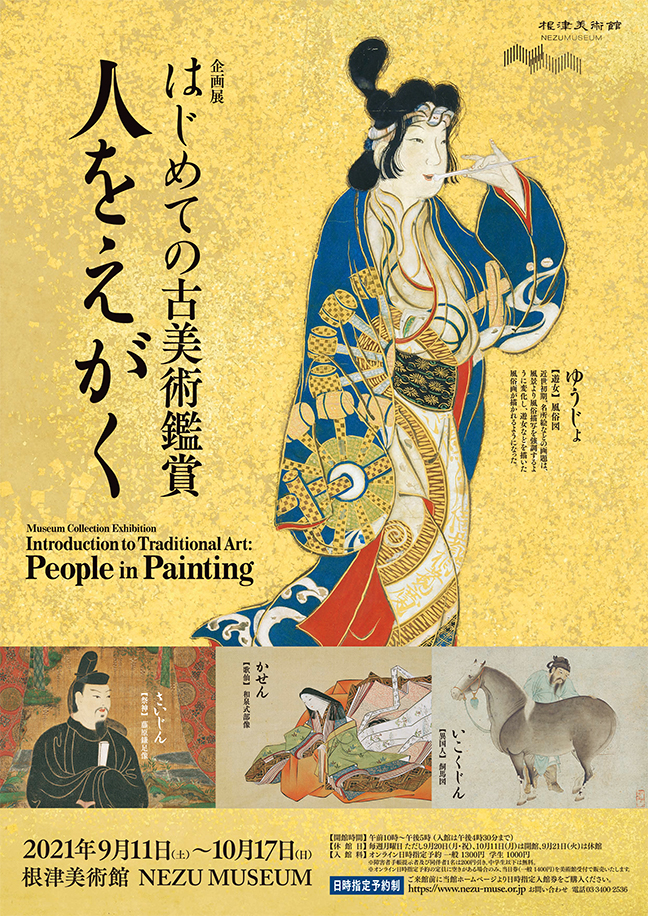 This exhibition is the fifth in the Introduction to Traditional Art series, which presents traditional art genres and their notable features in an accessible, easy to understand way. The subject this year is a central painting theme: people.

This exhibition outlines the evolution of paintings of people and provides straightforward introductions to their main genres.