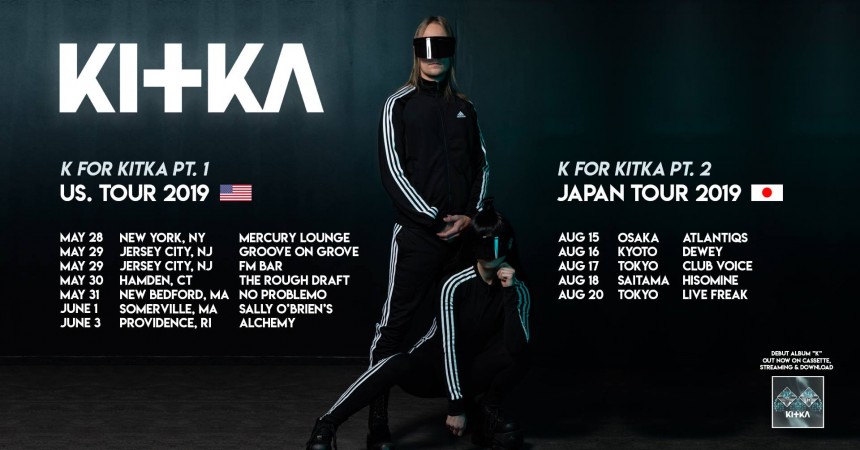 Live at Live Freak.
Schedule to be announced.

To celebrate the release of Kitka’s debut album ”K” the band embarks on the ”K for Kitka”-tour – this time hitting Japan.

Hailing from the northern parts of a land filled with folklore and fairy tales comes Kitka, a musical duo from Sweden consisting of two people – each with their own unique set of skills and history.

Frida, born and raised in the ’90s. An electronica wizard at heart. Equipped with a vocal style not often – if ever – heard of in the scene. And then there’s her opposite, Fredrik. Analog from the inside out, committed to the pit, a hardcore old school kid that puts a balance to the band with his bass guitar sound.

Equal parts digital revolution, equal parts of analog terror. One could say Kitka has captured lightning in a bottle with its own and unique sound. Electronica, darkwave, post-punk, call it what you will, Kitka doesn’t really care what you think. As long as you dance.