Kota Takeuchi "Body is not Antibody"

Kota Takeuchi “Body is not Antibody”

Takeuchi was born in 1982, and received B.F.A. at Tokyo University of the Arts, Department of Fine Arts, Intermedia Art in 2008. He currently resides in Fukushima Prefecture, Japan.

In his previous activities, Takeuchi highlighted consciousness of viewers of the disaster as well as self-consciousness of anonymous performers by suddenly appearing in front of the Fukushima Dai-ichi nuclear plant live monitoring camera as an agent of a Finger Pointing Worker in his solo exhibition “Open Secret” (2012), and captured our landscapes in which we acquire information from our hand (=mobile phone) in “Eyes on Hand” (2014). Furthermore, he disclosed the nature of media and the state of human memory through tracing the path of the stone monument tour in Iwaki, Fukushima, in his solo exhibition “Photographs turn stone monuments into mere stone, but even so people take them” (2017), and featured the history of balloon bombs dropped by the Japanese army during 1944-1945 during World War II in his video work Blind Bombing, Filmed by Bat (2019). Throughout his practice, Takeuchi has traced objects and events utilizing motions of his own body, and presented them as installations using various media including paintings, video, photography, and sculptures. He has transformed his concepts into artworks through detailed research and fieldwork to critically discuss the diverse issues such as the ways of information and our consciousness in contemporary society.

This exhibition “Body is not Antibody” will showcase Takeuchi’s original font and associated works created through photographs of light trails taken by the artist while he worked as a security guard in the exclusion zone in Fukushima during 2019-2020.
Takeuchi captured the light trails created by the motions of imitating the workers swaying the guidance light into a photograph and attempted to convert them into an original font. The title of this exhibition “Body is not Antibody” was inspired by the artist’s experience of devoting his own body to the nation’s reconstruction project, and questions the meaning of a body and where the body belongs on a personal level.

We cordially welcome viewers to this occasion to reconsider the relationship of individuals’ bodies with nations and society, at a time when mutual surveillance in society and governments interfere with the lifestyles of individuals under the global outbreak of COVID-19 today. 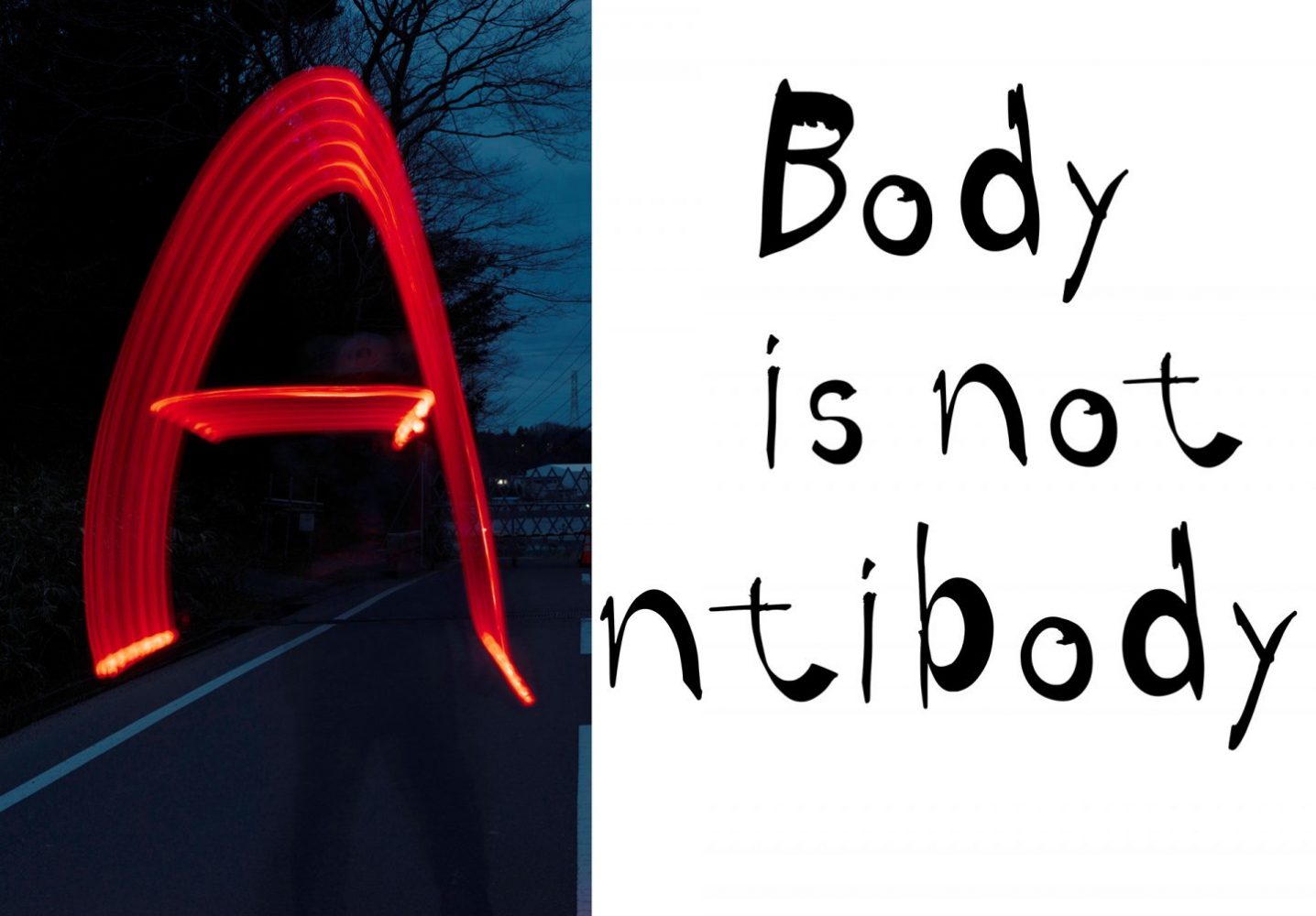