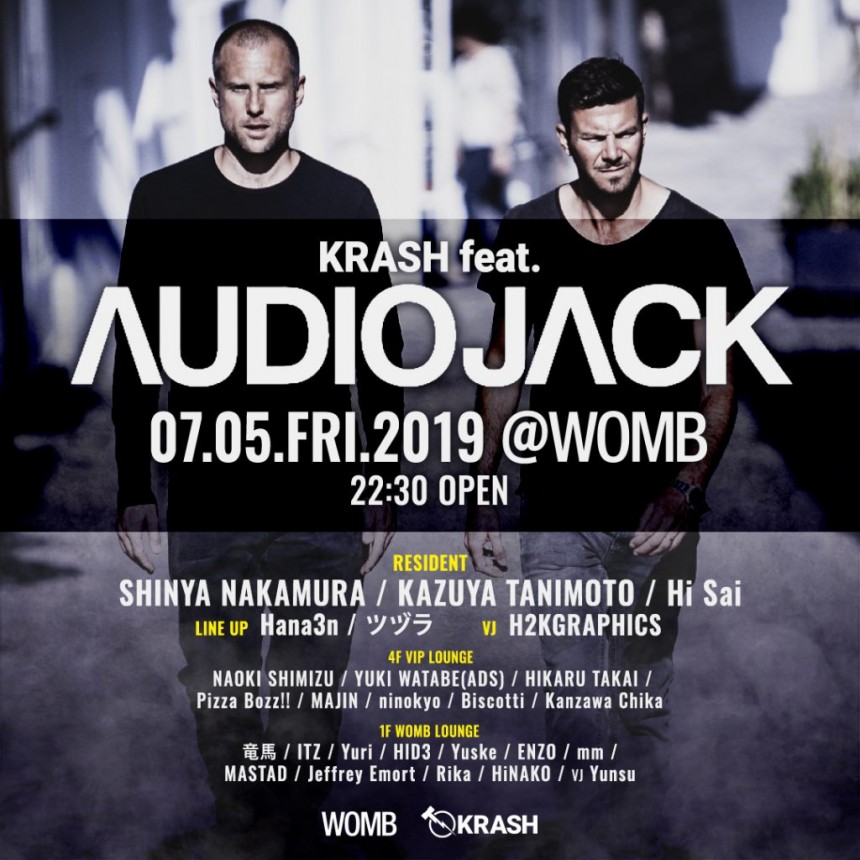 Krash Crew, which saw Wade invited to Womb when it was held for the first time in February this year, is happening once again.
AudioJack, a duo that will be familiar to you for their hit Inside My Head that has spent 4 consecutive months in the Beatport charts, will be guest performing.
AudioJack, who are once again the focus of attention with the Tech House movement in recent years, have performances lined up at both Tomorrowland, one of the world’s largest festivals which is held annually in Belgium, and Pacha, one of the world’s biggest clubs on the Spanish island of Ibiza.
Make sure not to miss your chance to experience this next-generation Tech House movement group that is causing a worldwide sensation.