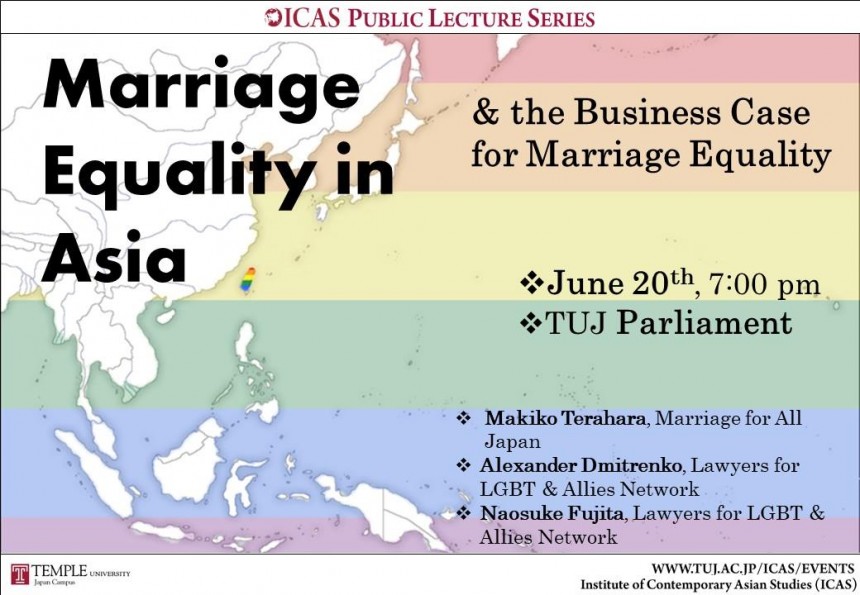 The first marriage equality law was passed in the Netherlands in 2000. Two decades later, as of May 2019, twenty seven jurisdictions extended the right to marry to lesbian and gay couples covering every continent, including Asia. This May, Taiwan becomes the first country in Asia with a same-sex marriage legislation (following New Zealand and Australia in the Asia-Pacific). In Japan, on Valentine’s Day 2019, multiple law suits were filed seeking equal marriage rights by 結婚の自由をすべての人に：Marriage For All Japan.

The panel will cover international developments, including Taiwanese equal marriage law, the Japanese lawsuit for marriage equality, and The American Chamber of Commerce in Japan (ACCJ)‘s Viewpoint on the business case for equal marriage.