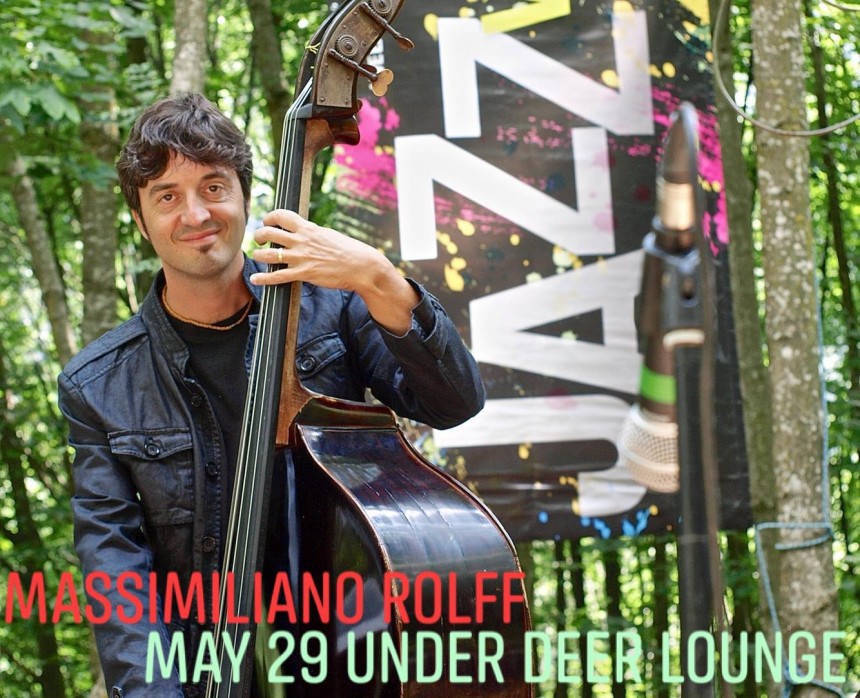 Direct from Genoa, Italy, cool and debonaire bassist MASSIMILIANO ROLFF comes to Japan in May on his first Asia tour!
Massimiliano has toured Europe and U.S. extensively for over 15 years alongside some of the world’s finest jazz musicians. He has released more than 25 albums including his first “Unit Five” and “Naked,” both of which won 1st prize as “Best Album Jazz LightHouse.” His album “SCREAM!” was selected among the best 100 jazz records from the magazine JazzIt.
Don’t miss this ONE NIGHT ONLY of exciting springtime Italian jazz sounds with Massimiliano!

With guest saxophone player Yasuki Sogabe!
Yasuki was born in Kawachinagano City, Osaka Prefecture and graduated from Osaka College of Music in Jazz Saxophone. He is currently active with his own band playing around Japan.