A reservation is required to visit the museum.
Booking starts from July 16 (Thursday) at 10:00.
For details about the reservation-based admission system, please click here .

The Hara Museum of Contemporary Art is delighted to present Mercedes-Benz Art Scope 2018-2020. Since 2003, the Hara Museum has partnered with Mercedes-Benz Japan in the Art Scope artist-in-residence program which invites young artists from Japan and Germany to live in and draw inspiration from a different cultural environment. In 2018, the Japanese artist Tsuyoshi Hisakado was sent to Berlin for the 2018-2020 program and from Germany, the Cypriot artist Haris Epaminonda was sent to Tokyo in 2019. This exhibition presents the fruits of their respective experiences, as well as new works by a previous Art Scope participant, Meiro Koizumi (Berlin, 2010). All artists intend to present new work that addresses the current situation, made during a time of social and physical constraints. 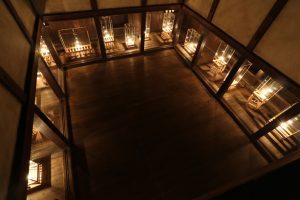 Born in 1981 and lives in Kyoto, Hisakado received an M.F.A. in sculpture at Kyoto City University of Arts in 2007. His major exhibitions in recent years include Aichi Triennale 2016, Culture City of East Asia 2017 Kyoto: Asia Corridor Contemporary Art Exhibition, MAM Project 025 (Mori Art Museum, Tokyo, 2018) and the 58th Venice Biennale International Exhibition May You Live in Interesting Times. In 2016, he created the stage design for chelfitsch’s Time’s Journey Through a Room which was performed worldwide. In 2019, his debut theater work Practice of Spiral was staged at ROHM Theatre Kyoto as part of the Kyoto Experiment: Kyoto International Performing Arts Festival. Hisakado’s first large-scale solo exhibition in Japan Practice of Spiral opened at the Toyota Municipal Museum of Art in March 2020. 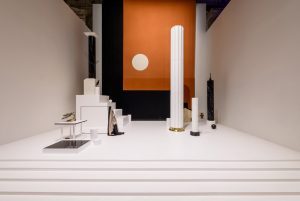 Born in Nicosia, Cyprus in 1980 and lives in Berlin, Epaminonda studied at the Royal College of Art and Kingston University in England. In 2013, she was one of four artists shortlisted for Germany’s preeminent art prize, the Preis der Nationalgalerie. She represented Cyprus at the 52nd Venice Biennale in 2007 Old earth, no more lies, I’ve seen you … and the 58th Venice Biennale May You Live in Interesting Times where she won the Silver Lion for a Promising Young Participant. She has also contributed to many other international exhibitions such as the Berlin Biennale (2008) and dOCUMENTA 13 (2012) in Kassel, Germany. In Japan, she participated in the group exhibition The Kaleidoscopic Eye: Thyssen-Bornemisza Art Contemporary Collection at the Mori Art Museum in 2009.