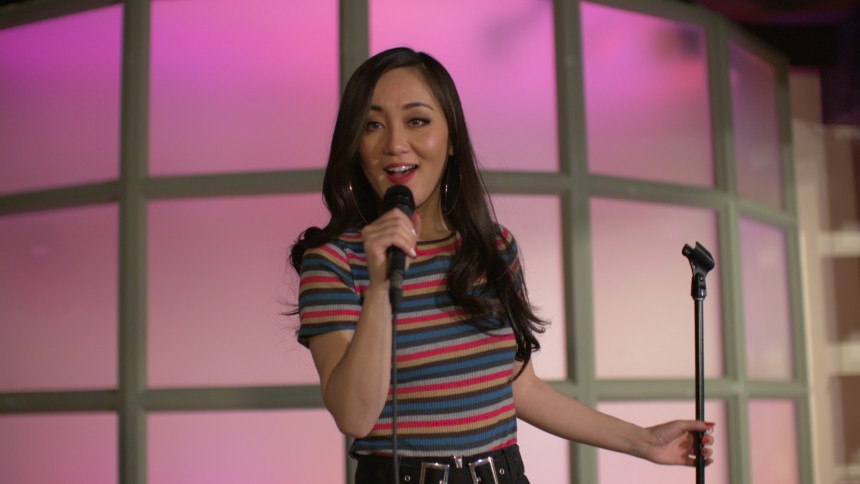 The best comedy show at the hottest new event space in Shibuya is presenting our first JAPANESE INTERNATIONAL HEADLINER, the brilliant Yumi Nagashima.

Looking for an awesome stand up comedy show in the heart of Shibuya, featuring the best local and international comedians at a brand new futuristic venue? STAND UP TOKYO x The MILLENNIALS have got you covered!

Yumi Nagashima is a Vancouver based comedian. In less than three years, this Japanese-Canadian comic and actress has made a large splash on the North American comedy scene, with her sassy stage presence and unique world view.
Yumi is a mainstay on the Vancouver comedy scene, but you may have also heard her on the CBC radio program, ‘The Debaters’, or seen her on CBC TV at the 2018 Winnipeg Comedy Festival. She has also featured as a part of Just For Laughs North West, and she was a finalist in the 2016 & 2017 Yuk Off Competition.
Yumi is also an accomplished actress and has many acting credits to her name, including HBO’s, “The Man in the High Castle.”

When you hear the word ‘millennial’, what do you think of? Young? Idealistic? Espouses veganism while simultaneously binge watching shows featuring the Kardashians?

Well prepare for that to CHANGE. ‘The Millennials’ is the latest and greatest pod hotel in Shibuya, with a perfect location near to both the station and the park, and featuring a beautiful multi-purpose event space. They were looking for the best possible comedy show Tokyo has to offer and Stand Up Tokyo answered the call.

This event is aimed equally at hostel guests, wandering foreigners looking for a laugh and comedy-hungry Tokyo residents. Anyone is welcome and we have delicious drinkies to whet your whistle and lube up your funny bone. This show is entirely in English and there will be F-ing, Jeff-ing, possible blinding and most definite and frank discussions of loveboxes and pee-pee sticks, so leave your kids at home to do the chores.

After the show ends, we’ll keep it vibing with a DJ playing very non-comedy music, and drinks being sold right up til 11pm.

It’s only 2800¥ with a drink! 2 hours of great comedy and a bit of a woogie boogie dancey, plus very reasonable drinks (inc craft beers) to buy all night. It’s too cheap to pass up! If you’re a guest at the hostel it’s FREE!

So we’ll see you there 🙂 Check out the pics of Millennials hostel in this page, you won’t want to miss such a great event in this beautiful space.